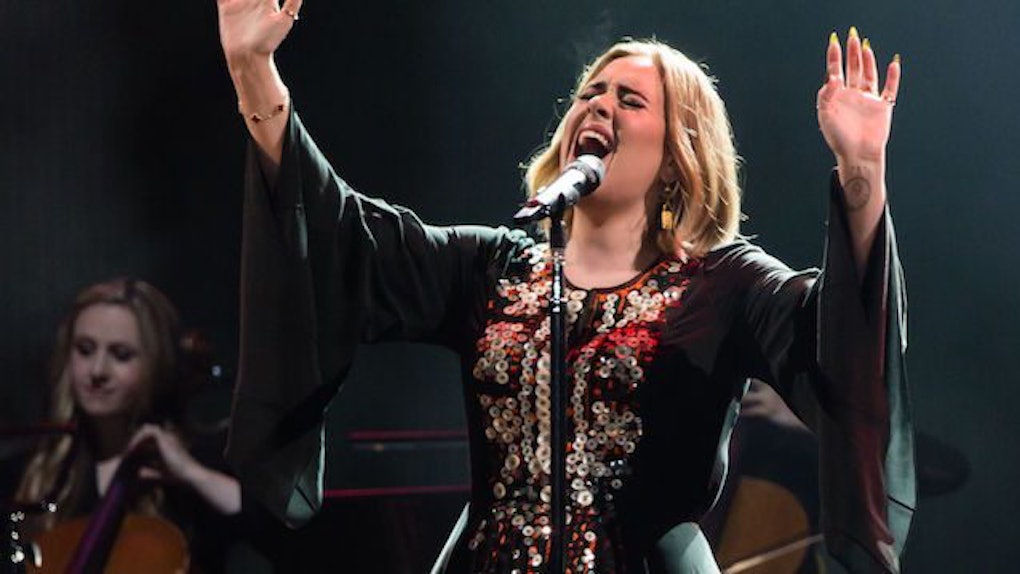 Adele Gets Wheeled On Stage In A Tiny Box

I have personally never gone to an Adele concert, but I can tell you it's probably life changing.

I one time heard a trailer for "Skyfall" that had her song in it, and it made me call my dad just to check in and say "hi." I can only imagine how much more powerful hearing the theme song from "Skyfall" is in person.

Getting Adele to the stage itself, though, is its own fun little journey, as it turns out -- seeing as she shows up to her concerts coffin-style.

Adele is what is in the box, apparently!

According to a source who spoke to The Sun,

Adele sits in the box for several minutes as she is taken from her dressing room right to the center of the crowd... Most of her fans are already seated and just presume it's a piece of kit they are moving but some have been told by staff at venues that actually it's their idol and a woman worth £85million sitting in a pretty small box a few feet from them... A few have worked it out as her personal security Peter Van Der Deer -- who is never away from her side -- accompanies the box during its journey.

Here is some other footage of her that I found on the web.

Here is her security guard testing the walls to make sure it's safe for Adele.

Here is Adele getting comfortable in her box, probably doing some vocal warmups.

This is that one time one of her assistants forgot Adele was in the box and was talking smack about her and Adele heard.

Mid-tour Adele got a new box after her old box got locked.

Here is a picture of her breaking in her new box.

Such a dynamic performer. It really is something else to see the methods she uses to get on stage and wow millions of people across the world.

Citations: Apparently Adele Gets Transported To The Stage Like A Delicious Pizza (BuzzFeed)