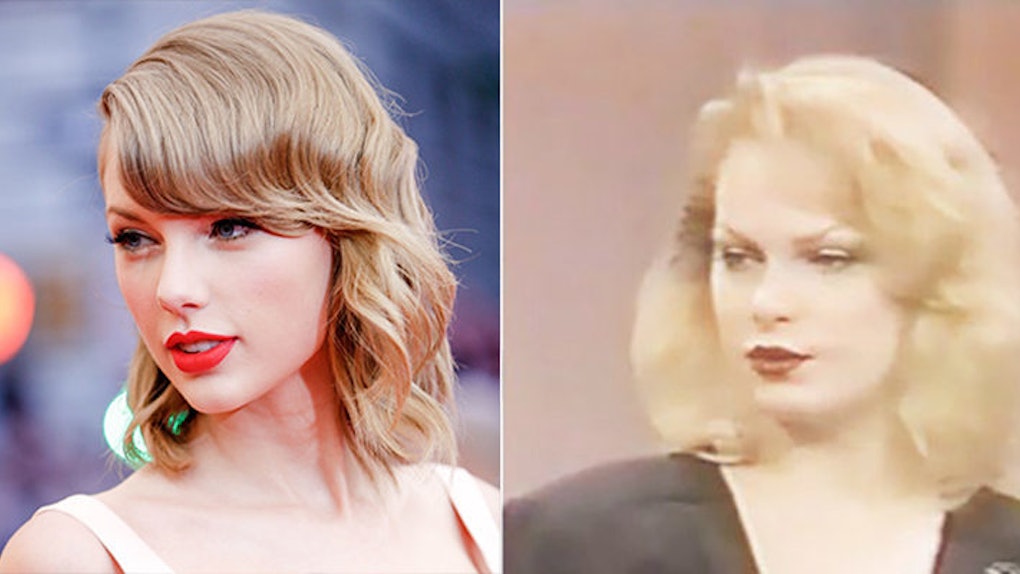 Taylor Swift Is Actually A Clone Of A Satanist, According To Insane Theory

If you're a fan of celebrity conspiracy theories, then this one will make your brain hurt.

The internet is freaking out over an old photo from the '90s of a woman who looks identical to Taylor Swift. They seriously look like twins, it's insane.

This isn't just any ordinary woman, however. She's Zeena Schreck LaVey, the daughter of the founder of the Church of Satan.

UHHH, yeah. Let that sink in for a sec. Zeena was interviewed back in the day by "Good Morning LA" and the clip is going viral.

People on Tumblr and Twitter truly believe Taylor Swift is the clone of this satanist.

Other people believe Taylor is the reincarnation of Zeena...

...or the two are distant relatives.

When you found out Taylor Swift might me the daughter or granddaugher of Zeena Schreck, a satanic priestess... pic.twitter.com/nlhdWt2US9 — Granger (@zanavane) September 1, 2016

I mean, the resemblance is pretty uncanny. They look like the same person!

People are blaming the Illuminati and think Taylor Swift is just a replica of Zeena's DNA.

IS THE ILLUMINATI REAL?

Some fans are trying to prove the theory further by looking at satanic symbols in Taylor's "Bad Blood" music video.

Or maybe it's just this guy...

It looks like there's a whole network of people who truly believe Taylor Swift and this satanist are connected.

COME ON, THIS IS FREAKY AF.

Maybe you believe the theory, maybe you don't. All I know is Taylor Swift better avoid Twitter unless she wants her life destroyed.