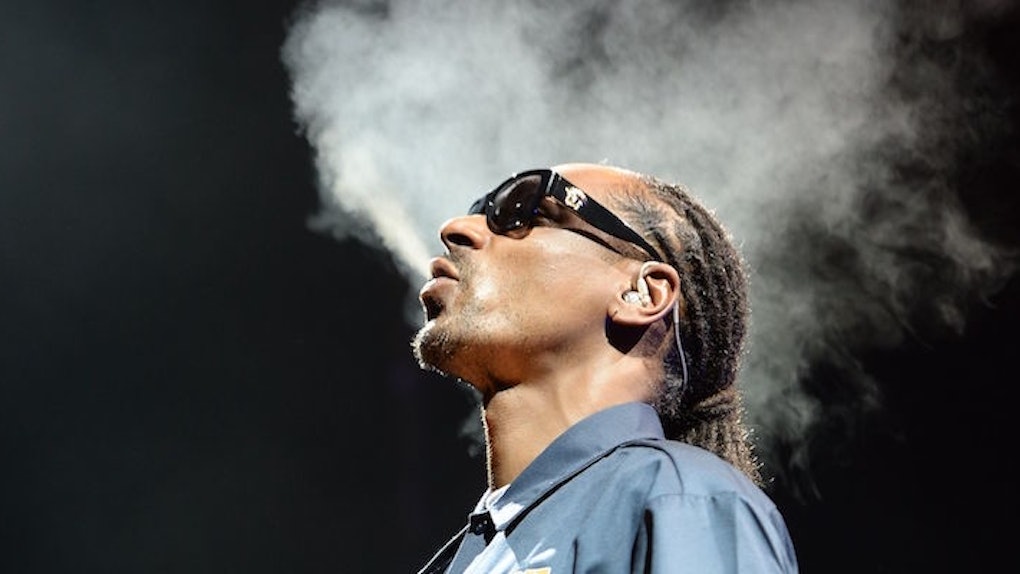 The world may be falling apart around us, but at least Snoop Dogg can legally buy weed now.

In case you weren't aware, there was more on the ballot on Tuesday night than just Hillary Clinton and Donald Trump — there was also marijuana legalization.

Well, there was in California anyhow. And no, weed actually was not legal in California prior to Tuesday's vote — just heavily decriminalized.

But now, thanks to the passage of Proposition 64, recreational use of marijuana is now legal in the state of California, making it the most populous state with legal weed. (Massachusetts, North Dakota, Arkansas and Nevada also have legalized marijuana.)

And you know who's over the moon about it? Snoop Dogg, duh!

Snoop celebrated the good news of legal greenery with a tried and true Snoop Dog proverb.

After the votes were counted, Snoop sent out a celebratory tweet.

And in case all that legal pot is already messing with your memory, allow me to remind you of that particular legend:

Snoop wasn't the only California resident who was glad to hear a morsel of good news in this election.

Tommy Chong, 78-year-old comedian of Cheech & Chong fame, posted a picture of himself hanging out by huge jars of marijuana.

While 43-year-old comedy producer Seth MacFarlane took a darker approach to his Twitter celebration after he heard the news Donald Trump was the next president of the United States.

Proposition 64 allows all residents of California who are 21 and older to have, transport, buy and use up to an ounce of marijuana. It also allows residents to grow their own marijuana, up to six plants.

As of Tuesday, weed is now legal to posses and grow, but it may be some time before it is legal to purchase across the state.

Well, I know I'm going to need a few joints to get through the next four years.