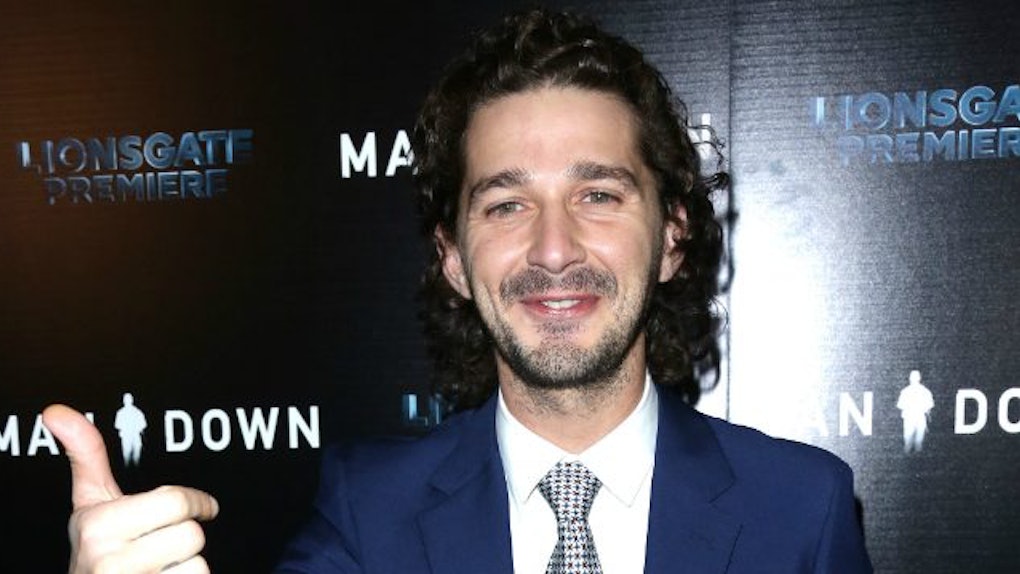 It's sad more people have seen Shia LaBeouf flip out at a bartender than the entirety of the UK has seen "Man Down."

According to an eyewitness, Shia LaBeouf had been "pounding back beers" for three hours on Wednesday night at a bowling alley, Pinz in Studio City, when he got rowdy AF.

Normally when I pound back beers, I try to get the bar to sing "Piano Man" a cappella. When Shia pounds beers, he calls the bartender a racist and gets kicked out.

While in the Jerry's Deli portion of the bowling alley, Shia went off at a bartender who allegedly refused to serve him fries.

I'm asking you about French fries, and you want to hit me in the head with a Grey Goose bottle?

Honestly, if someone refused to give me fries, I'd be pretty dang pissed, too. FRENCH FRIES EQUAL LIFE.

Also, yeah, Shia seems mad, but look at the bartender. He is holding a Grey Goose bottle close to him.

In another video from the altercation obtained by E! News, the following dialogue plays out:

Shia: You gonna hit me- Bartender: I am. Shia: -with a Grey Goose bottle.

OK, so while every news outlet will probably treat Shia as a belligerent jerk, let it be know this bartender admits he will he hit Shia (although possibly in self-defense).

Later on, after someone tries to remove Shia from the situation following Shia calling the bartender a "fucking idiot," this back-and-forth exchange occurred:

Shia: You're gonna hit me with a Grey Goos bottle for asking you why you won't serve me French fries. Bartender: I am, I am. I swear to God to you, I will. Shia: That's wild.

Look, I'm on Shia's side -- somewhat. That is, truthfully, pretty wild.

Shia then goes on to call him a "fucking racist." Honestly, this kind of comes out of nowhere.

I guess we can only imagine the intricacies of their heated exchange before the cameras started rolling on onlookers' phones.