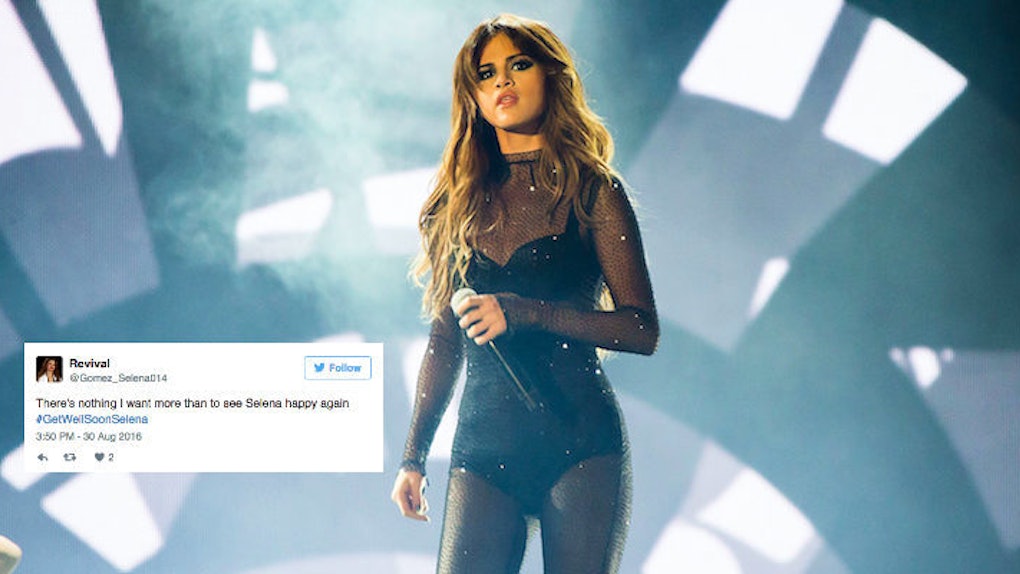 After Selena Gomez announced that she'd be taking a much needed break to focus on herself, her fans have banded together to support the 24-year-old singer.

Selena issued a statement to People Magazine about her latest struggle with anxiety, depression and, overall, lupus.

As many of you know, around a year ago I revealed that I have lupus. I've discovered that anxiety, panic attacks and depression can be side effects of lupus, which can present their own challenges.

Last year in October, Selena Gomez revealed she was diagnosed with lupus and had been undergoing chemotherapy. Almost a full year later, Gomez has opted to take some time off and focus on her health.

The statement went on to say,

I want to be proactive and focus on maintaining my health and happiness and have decided that the best way forward is to take some time off.

So, how are her most loyal fans reacting? Pretty well, actually!

The singer has been receiving a tremendous amount of support following her latest announcement -- and there are plenty of heartwarming tweets out there to prove it.

Fans took to Twitter to start a comforting hashtag that simply reads #GetWellSoonSelena.

Aren't her fans just the sweetest?

Now, this is how you show support for your favorite people!

These incredibly supportive tweets will certainly put a giant smile on Selena's face.

Some fans even admitted to shedding a tear or two following the news.

Instead of freaking out over possible cancellations surrounding Selena's Revival World Tour...

...most fans showed that they understand.

As expected, even a few Justin Bieber fans showed their support.

Regardless of how they comforted Selena Gomez while she takes a break to focus on herself, most fans just want to see her happy.

Hey, Selena, you might have one of the best fanbases out there.

These tweets prove it!

Say what you want about her, but Selena Gomez is doing the right thing by setting some time aside to focus on her health.

After all, taking a brief hiatus from your superstar life while your fans wait patiently can't be easy.