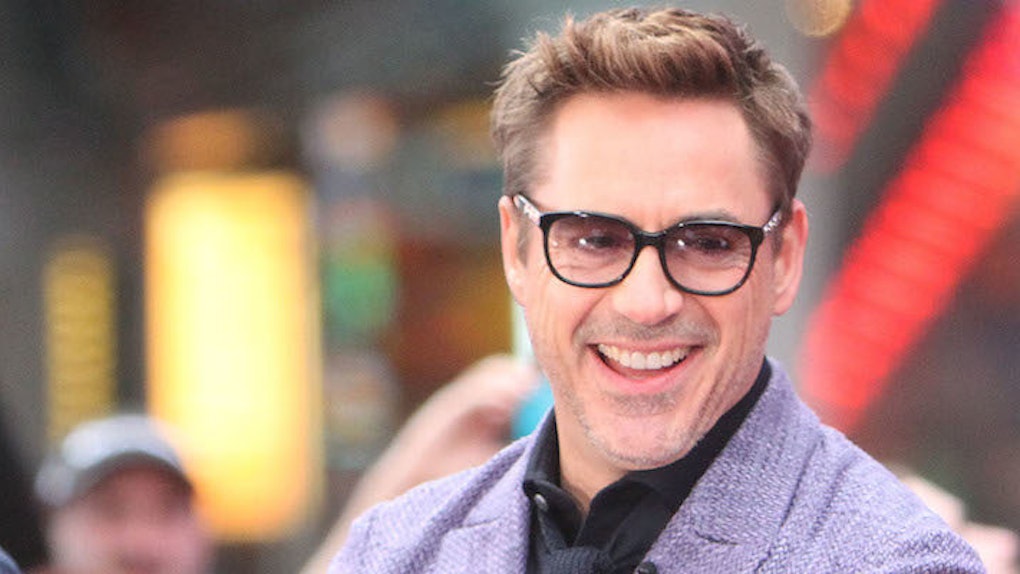 Robert Downey Jr. continues to be a blessing to us all.

On Tuesday, the 51-year-old actor welcomed his "Avengers" co-star Tom Hiddleston to Instagram in the best possible way: making fun of his very public relationship with Taylor Swift!

Well, Tony Stark has never passed up a chance to mock someone, especially not Loki.

Robert wrote in the caption,

Join me in welcoming the biggest T. Stark fan of them all to Instagram! @twhiddleston

RDJ is the only person who could make me grateful Hiddleswift is a thing, purely because he had the opportunity to make this joke.

Robert's not the first person to think of the Tony Stark joke for the "T.S." shirt, but his post was definitely the best.

We also came up with 30 possibilities for what Tom's "T.S." shirt could stand for besides "Taylor Swift," but we'll let the real Tony Stark have his moment to shine.

So far, all we have from Tom on Instagram is that one post of him in his Loki gear.

He still hasn't followed anyone yet and, more importantly, Taylor has yet to follow her new beau. (But she DOES follow Calvin Harris... interesting.)

Citations: Robert Downey Jr. Pokes Fun at Tom Hiddleston and Taylor Swift's Romance as He Welcomes His Costar to Instagram (Us Weekly)