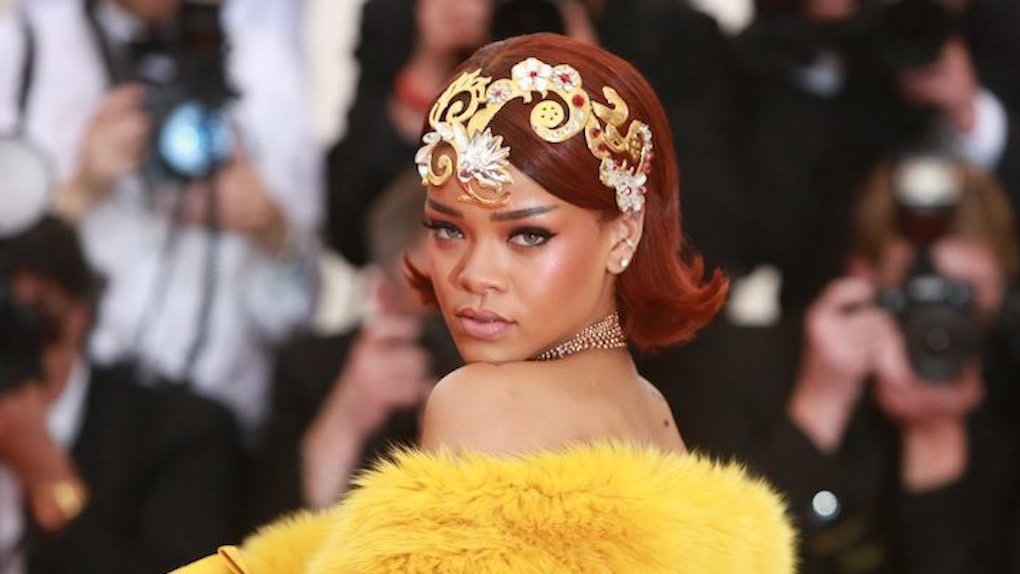 As you probably already know, Rihanna is a woman of many, many talents.

From singing her heart out at sold-out shows around the world, to grinding on Drake like an absolute madwoman, the 28-year-old star can do it all.

Not to mention, her fashion is always on point.

Need even MORE proof Rihanna may just be too perfect to be human?

A recent photo of Rihanna was snapped while the starlet flawlessly walked over a metal grate sporting a pointy pair of heels.

Let's just say the Internet was a little more stressed out than it should have been -- and it's all thanks to RiRi's bravery and fearlessness.

Either that, OR she's actually a robot.

It turns out Twitter just couldn't get enough of Rihanna's bizarre ability to NEVER FALL while walking across super sketchy grates.

The point is simple -- Rihanna was VERY close... A little too close.

Perhaps the craziest part is this isn't the first time RiRi has tested her luck walking across an unstable surface in a pair of killer heels.

Keep being magical, Ri. The rest of us will just meme the hell out of this photo.

Citations: People Are Stressed The Eff Out At This Pic Of Rihanna Walking Over A Grate (BuzzFeed)