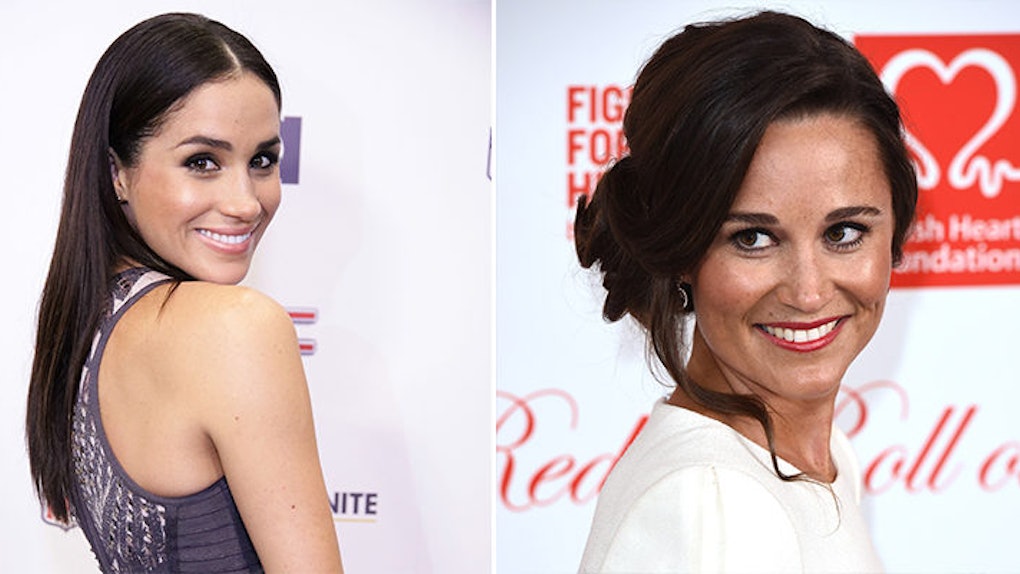 Many hearts were crushed when rumors started swirling that Prince Harry was dating somebody.

That somebody is Meghan Markle, a 35-year-old actress who's in the show "Suits."

Some of us were crushed because it means we're potentially one step further away from becoming princesses ourselves if this relationship gets serious.

But others were crushed because it ruined the fantasy that Prince Harry would one day make things super romantic with his sister-in-law, Pippa Middleton.

Yeah I know, it sounds weird when you hear it like that, but this is royalty we're talking about, and they do weird things.

But it seems like Prince Harry may have found a way to make that popular fantasy a little less weird. Kind of. Just kidding, it's still really weird.

What's happening is people are beginning to notice Markle looks an awful lot like... Pippa Middleton.

All right, I'll level with you all. When I first started hearing that Markle looks like Pippa, I thought it was ridiculous.

But when you see a bunch of pictures together, the similarities are pretty clear. They have similar features -- the same high cheekbones and Middleton-perfect nose.

Obviously they don't look like twins, but you can't deny that there's some resemblance.

Naturally, people took to Twitter to voice their surprise and concern over the realization that Markle and Middleton look alike.

No, @happyinhouston8, it is definitely not just you who thinks that.

Many other people have sounded off on the subject.

Some people did not find the resemblance particularly cute.

And other people thought it was unfair.

Still, others voiced their pride in Prince Harry for having good taste.

We just hope, as always, that Prince Harry finds happiness and love with someone great. Maybe that person is Markle. Who knows?