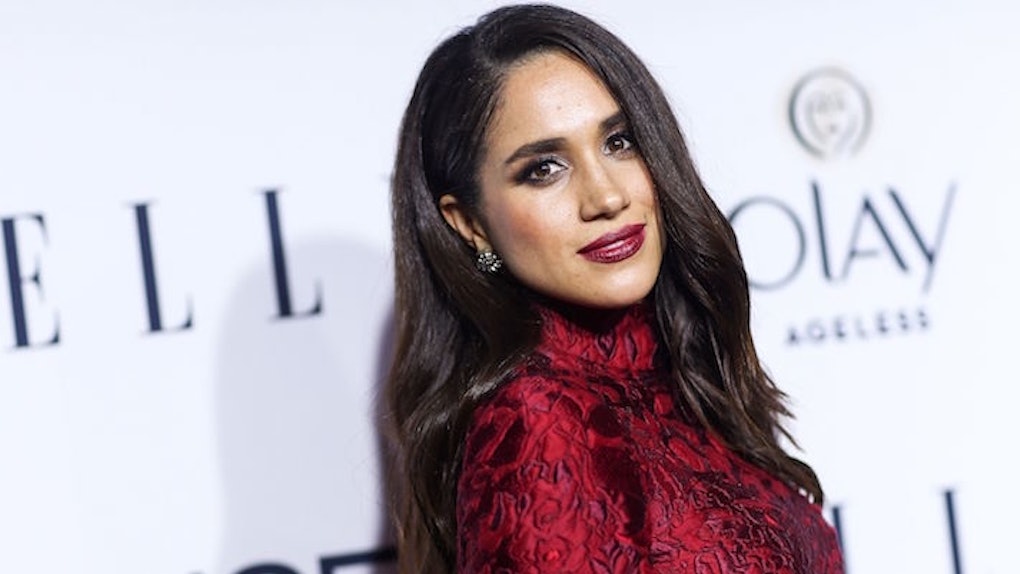 Guys, I have some great personal news to share with you: It turns out Prince Harry's girlfriend Meghan Markle has always had a thing for British men, so I'm moving to California to become her official stalker.

The "Suits" actress once spoke about how much she adores Brits and their funny ways.

I love how British guys dress for the cold. I'm from LA so I'm used to seeing people in sunglasses and flip-flops. There's something so romantic about a man in a scarf and a knitted hat.

The magazine just republished the old interview online because people can't get enough of the fact she's dating Prince Harry.

But it seems like everyone's taking their obsession too far.

The royal family released an usually long statement last week urging people to leave Meghan alone. Apparently, reporters have gone as far as to try to break into her home.

Part of the statement reads,

Meghan Markle has been subject to a wave of abuse and harassment. Some of this has been very public — the smear on the front page of a national newspaper, the racial undertones of comment pieces; and the outright sexism and racism of social media trolls and web article comments.

Some of it has been hidden from the public — the nightly legal battles to keep defamatory stories out of papers; her mother having to struggle past photographers to get to her front door; the attempts of reporters and photographers to gain illegal entry to her home and the calls to police that followed; the substantial bribes offered by papers to her ex-boyfriend; the bombardment of nearly every friend, co-worker and loved one in her life.

*Checks in Samsonite suitcase at JFK for LAX-bound flight*