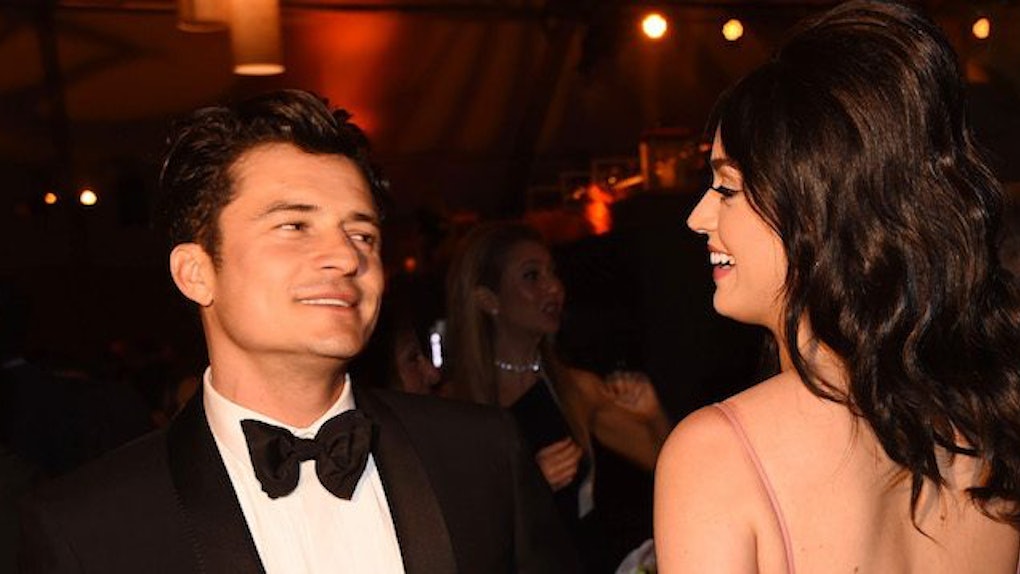 Orlando Bloom Talking About Katy Perry Breakup Is Too Sad

So it was pretty obvious just from the pictures that Orlando Bloom was waaay more into Katy Perry than she ever was.

Their relationship only lasted around 10 months, but their constant media exposure (quite literally: Remember when Bloom was pictured with his penis out?) made it feel like a lifetime.

But apparently enough time has passed for Bloom to feel comfortable talking about their time together. He gave ELLE UK a real heart-to-heart about the whole breakup, and it's actually really sad. He said,

We're friends. It's good. We're all grown-up. She happens to be someone who is very visible, but I don't think anybody cares about what I'm up to. Nor should they. It's between us. It's better to set an example for kids and show that [breakups] don't have to be about hate.

Sad, but kinda true: No one really cares about what Bloom's up to these days -- even his appearances in "Pirates of the Caribbean" grew boring by the 500th movie.

Bloom's spotlight peaked too early with that penis pic, which, by the way, he wasn't shy to talk about, either.

Bloom said he was "surprised" to learn his man-piece had been snapped and was quickly working its way around the world wide web. (I like to think he knew exactly what was going on, and he loved every second of it.)

I wouldn't have put myself in that position if I'd thought it would happen. I've been photographed a million times in a million different ways. I have a good radar. We'd been completely alone for five days—nothing around us. There was no way anyone could get anything. I had a moment of feeling free.

Note to self: You're never free. Ha!

For the record, I always thought these two were the perfect couple: