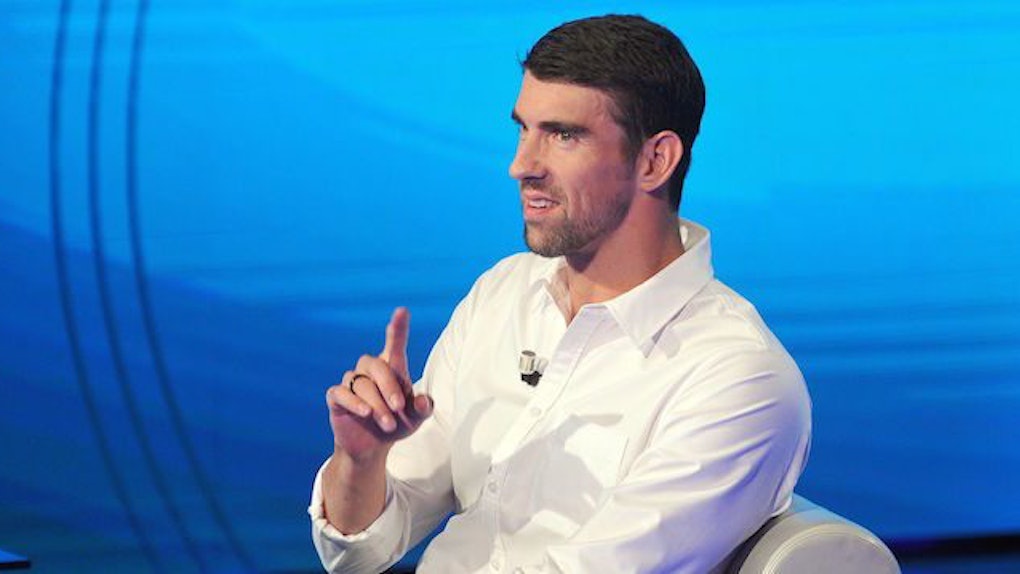 Michael Phelps Had A Bad Tan At The NCAA Championship

Michael Phelps had a really bad tan at the NCAA basketball finals and the internet made sure to BURN him. *Ba dum chi*.

This year, the NCAA board thought it was a good idea to host the college basketball championship in Arizona. While some fans lamented the late 9 pm start time and the fact that it was in effing Arizona of all places, others decided to take advantage of that hot n' dry desert sun.

No one enjoyed it more than Michael Phelps, apparently.

Yup, that's a picture of retired Olympic champion and American hero Michael Phelps looking like someone ordered him "crispy" at a Papa Johns.

The internet was not kind to Michael Phelps. They were not kind at all.

Honestly, Phelps, what did you expect?

The internet is a group of people who have only been kind once in the past 10 years and that was to the family of Harambe.

Maybe he was tired of all that gold and decided to try some bronze(r).

Ryan Lochte: "How have you been since you retired?" Burnt Phelps: "I live in a kiln now, and my rival is Poseidon." Ryan Lochte: "Oh, cool."

Aside from tanning, Phelps spends most of his retirement time being an adorably corny dad with his baby, Boomer Phelps.

A few months ago, he posted this super cute video of Boomer hanging by a pool, and now I'm convinced this is the coolest baby in baby history.

It isn't all pool-based quality time, though.

The 28-time Olympic medalist has already made sure to instill some Michigan pride in Boomer.

Boomer and Michael bleed blue... that's because they're both sea creatures. It has nothing to do with the fact Mike went to Michigan. That's a pure coincidence.

Citations: Michael Phelps Showed Up To NCAA Championship Game Extremely Tanned And Twitter Mocked Him For It (BroBible)