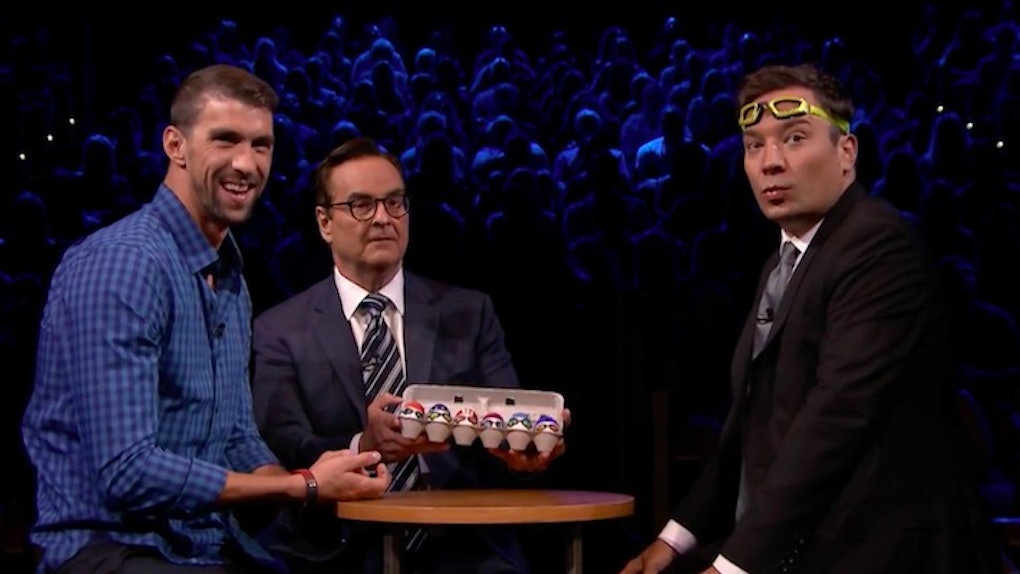 The talk show host and the Olympic champ sat across from each other in an intense (but very short) match where each of them selected an egg (painted like swimmers, obviously) that was either hard boiled or raw. Then they had to crack the egg on their foreheads.

Again, Phelps has almost won a gold medals for each year I've been alive, yet he was SUPER nervous about cracking these eggs on his head.

He was so nervous, he probably jinxed himself, since he ended up cracking two raw eggs on his face in a row. Yeah, the game ended quickly.

Of course, Fallon was thrilled to beat an Olympic champion at this game. He commented, "23 gold but you're not gonna get the gold here buddy. You're gonna get golden yolks!"

It makes me wonder if Phelps ever had a traumatic raw egg experience. Or maybe it was the fact that he ironically wasn't wearing goggles in this contest, like his opponent.

It's OK, Phelps. We all have our fears. Maybe just stick to swimming.