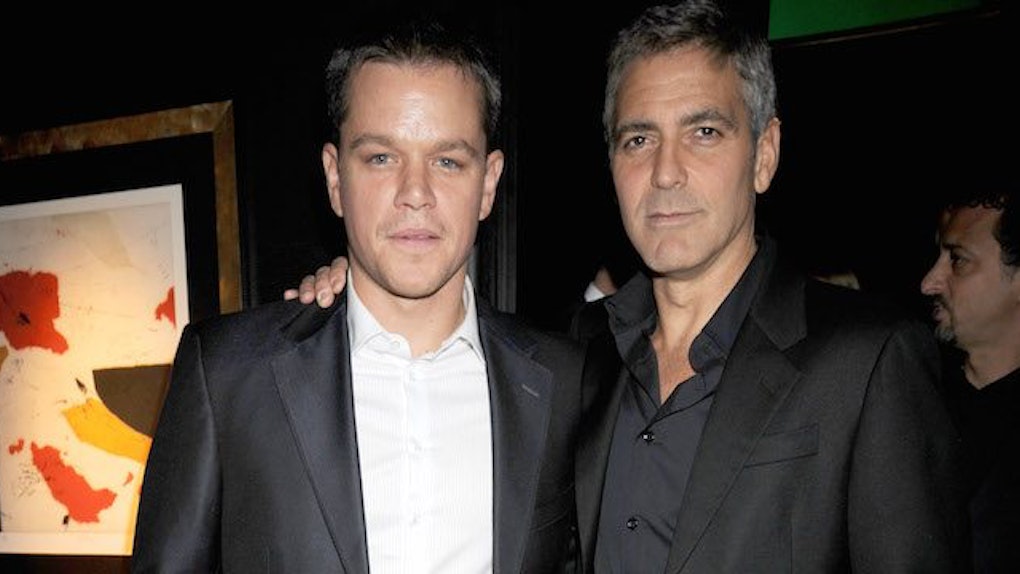 In case you somehow missed it, I have big news for you: GEORGE AND AMAL ARE HAVING A FRIGGIN SET OF TWINS!!!!!!!!!!!

How much did you cry when you read that sentence? Because I cried a last-5-minutes-of-"Marley-and-Me's" worth of tears when I heard the news that the Clooney name will officially be living on.

Tears are a normal reaction to hearing about the Clooney baby. Sobbing is really the only way to digest news like this. Just ask Matt Damon.

The 46-year-old movie legend recently told ET Canada about his reaction to finding out about the baby Clooney, saying,

So he told Clooney to "just shut up,” so as to not jinx the baby. IRON-CLAD LOGIC BY ANY STANDARD.

The story doesn't end there though. Damon went on to tell ET,

Clooney thankfully responded,“We're good,” and everything is back to normal in Hollywood.

Despite the weirdly tense response, it's clear Damon is a big fan of Amal and George finally procreating, also saying during the interview,

Julie Chen broke the news on CBS's "The Talk," letting everyone know Beyoncé isn't the only one in Hollywood expecting multiple births at once.

Clooney baby is expected to be released this June.