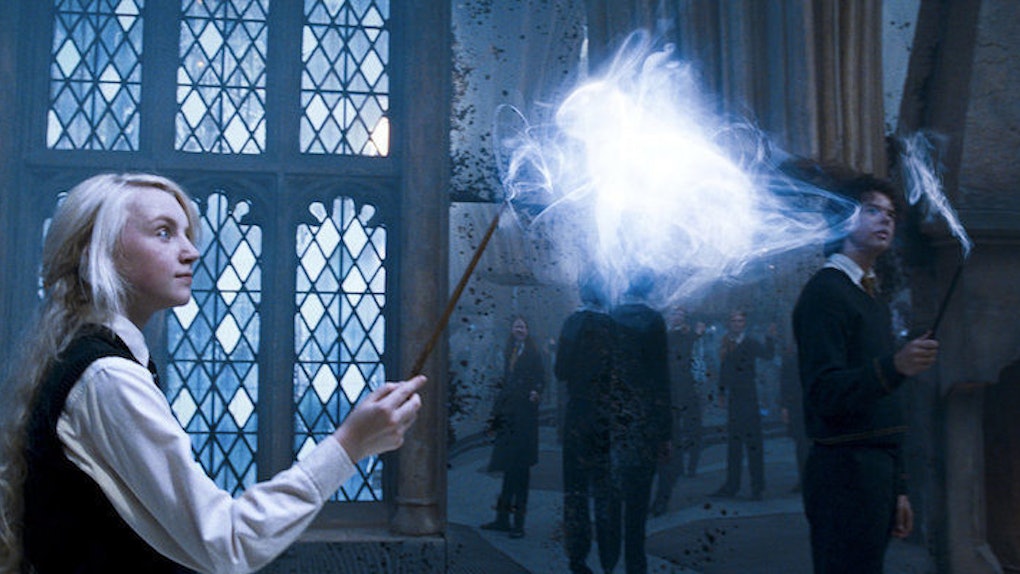 I'm trying really hard not to laugh at Luna Lovegood's pain because only a Malfoy would do that, but she got the absolute worst Patronus I've ever seen.

The quiz was written by benevolent goddess JK Rowling herself so its judgement is not to be taken lightly.

This is what makes it all the more tragically hilarious that Evanna Lynch's Patronus is a salmon.

Evanna Lynch, who played Luna in the "Harry Potter" films and is probably the biggest "Potter" fan of anyone in the cast, got a goddamn salmon as her Patronus.

The 25-year-old actress broke the news on Twitter and she was, rightfully, a little upset about the situation.

Your true lion Patronus is still in your heart, no test can take that from you.

I mean, there are SOME cool things about a salmon...?

Well, at least the Sorting Hat and Ilvermorny were kinder to Luna.

Meanwhile, JK is sitting over here with her majestic heron. I'm starting to think this game is rigged.

Evanna, I am very sorry this happened to you. As always, Luna Lovegood deserves better.

But hey, at least this is a great story!

Harry Potter may be the chosen one, but how many wizards and witches can say their Patronus is a salmon?

Citations: Luna Lovegood reveals her Patronus on Twitter, and she's not happy (Mashable)