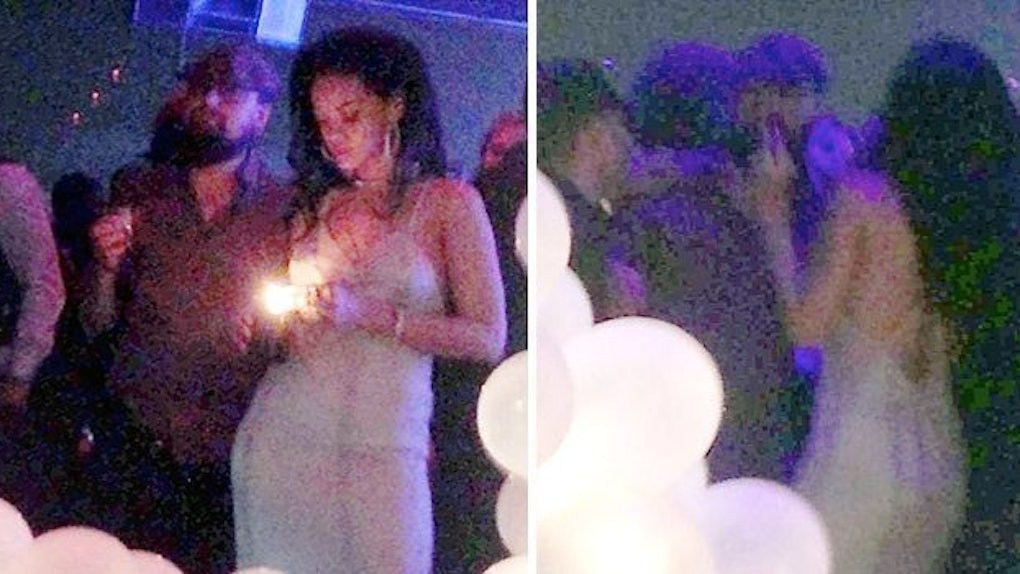 Rumors have been swirling around regarding the possibility of a Leonardo DiCaprio/Rihanna relationship.

Up until now, all of that has been rampant speculation. Now, we finally have some visual evidence to fuel the flames of these rumors.

TMZ has come upon a couple of blurry photos of Leo and RiRi. The pics were taken at Rihanna's 27th birthday, which Leo allegedly threw for her.

In the pics, Rihanna can be seen holding a lighter, presumably preparing to make a birthday wish. Leo is standing behind her being Leo.

According to TMZ, the pair is not officially a couple but more like friends with benefits. They've supposedly been hooking up for the past three months, albeit non-exclusively.

Here are the photos you've all been dying to see:

Citations: There Are Finally Pictures of Leonardo DiCaprio and Rihanna as a Couple (Complex)