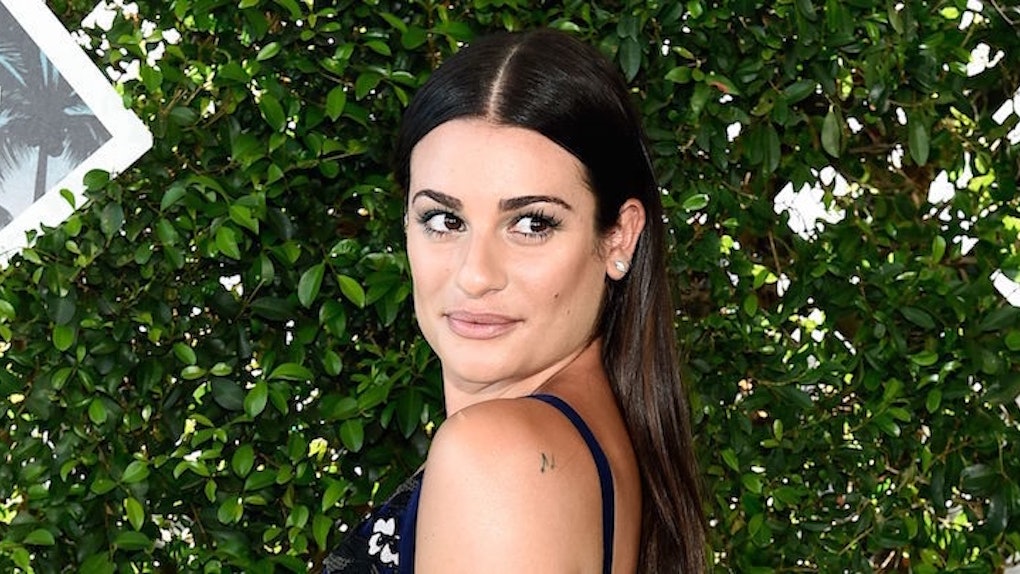 Lea Michele Is All Of Us Getting Our Eyebrows Waxed

If Lea Michele can endure physical pain for the sake of societal beauty standards, so can all of us, I guess.

I mean, would Rachel Berry shy away from a little hot wax? Not if it helped them get to regionals, she wouldn't!

Point is, Lea Michele was getting her eyebrows and mustache waxed on Sunday.

And, like any self-respecting Millennial would, she documented the event on Snapchat.

Lea approached this pain-for-beauty ritual with an admirably positive attitude, in my opinion.

First up were the eyebrows. Lea seemed pretty scared at first.

Before her brow guy, Stevi Christine, pulled the wax-lined plug, she cringed and said,

This is going to hurt really bad.

She also made this face, and it was delightful:

Next up was the upper-lip area, AKA the mustache. She gave a shout-out to her heritage for blessing her with such upper-lip hair.

This is the real beauty you guys. This it happens when you're half-Jewish and half-Italian.

Personally, I kind of think Lea should try growing the mustache and eyebrows out, just to see how they look.

But I guess I'll probably never have the honor of witnessing Rachel Berry with a mustache. Oh well.

Citations: 'This is what happens when you are half-Jewish and Italian': Lea Michele shares snaps of herself waxing eyebrows and moustache (The Daily Mail)