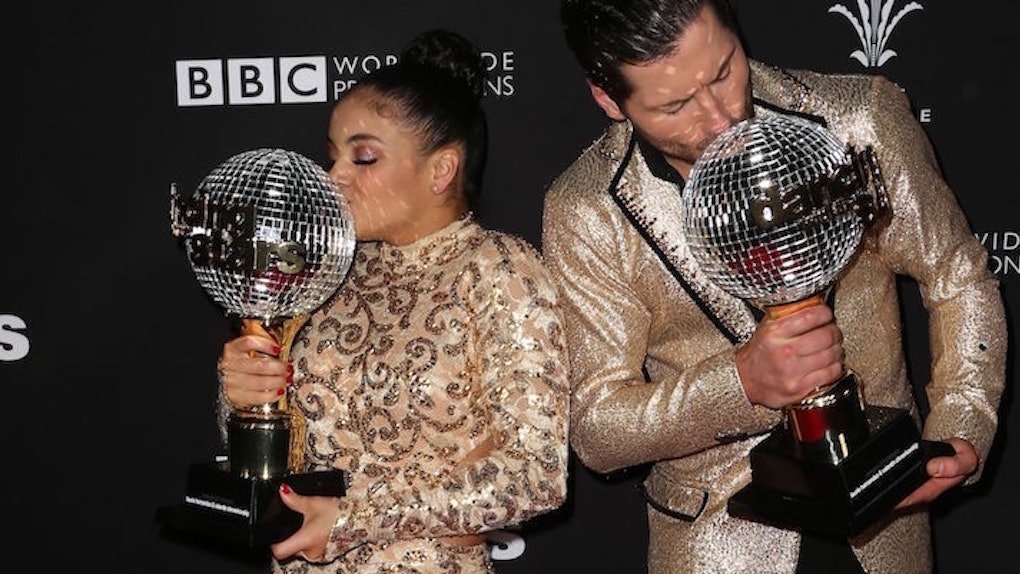 There isn't much US olympian Laurie Hernandez can't do, and now she has a new trophy to add to her growing collection of awards.

On Tuesday night, the 16-year-old athlete won season 23 of "Dancing With The Stars," thanks to her Olympic-level dance moves that stunned audiences across the nation.

The win was especially unique for Hernandez because it was the first time in history the final three dancers left on "DWTS" were athletes, People reports.

Hernandez and her partner, Val Chmerkovskiy, were up against former NFL wide receiver Calvin Johnson Jr. and his partner Lindsay Arnold and race car driver James Hinchcliffe and his partner Sharna Burgess.

After accepting the disco ball trophy, Hernandez was grateful for everyone who has supported her throughout all of her athletic endeavors, both at the Olympics and on the dance floor.

I just want to thank everyone for their support and riding along this crazy roller coaster of my life. My goal is just to inspire others as I go on with my journey and thanks for being there for me.

Her dancing partner, who was also astonished at the win, reportedly added to Hernandez's statement and said,

You can swoon over their speeches in a clip from last night's show, which also reminisces season 23 of "DWTS" with a montage of key moments leading up to the suspenseful win.

Apparently, this is just the beginning of Hernandez's career on "Dancing With the Stars," so don't be too upset this season is over.

If you haven't gotten enough of her mesmerizing dance moves, you can catch the talented teen on the "DWTS" live tour.

Laurie, you're our hero.