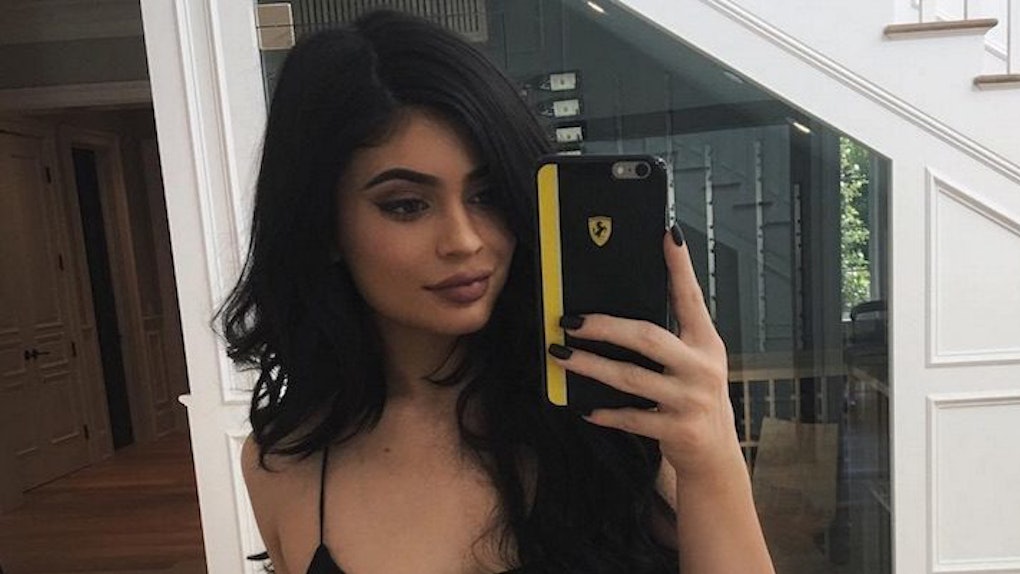 If you thought Kendall Jenner was the only member of the Kardashian-Jenner squad to appear in Vogue's September issue, think again.

Everyone from Kris Jenner and Kim Kardashian to Khloé and Ryan Seacrest appeared in the video. Check it out.

What people didn't realize is that Kendall's younger sister Kylie Jenner also appeared in the September issue with her.

According to Entertainment Tonight, 19-year-old Kylie appeared in the issue where she modeled breathtaking fall looks for a segment called "Fall's New Look: 8 Rising Stars in the Season's Freshest Styles."

Now, Kylie wasn't sporting one of her usual 'fits you might see on her Instagram or Snapchat accounts. Instead, she modeled a sleek Gucci dress, which featured mink cuffs and gold embroidery along its collar.

In addition to the dress, which is pretty conservative compared to Kylie Jenner's usual style, she topped off the outfit minimally with a single Cartier bracelet.

Kylie Jenner wears the sort of Gucci dress that might have been dreamed up specifically for social-media royalty. Note not just the attention-grabbing ruffle-puff shoulders but the graphic chevrons, the trendy long sleeves, the soft mink cuffs and the selfie-friendly gold-embroidered neckline.

Kylie's friends Willow and Jaden Smith also made an appearance in the issue.

Watch out, Kendall! It looks like you've got some strong competition on the runway! Maybe next time we'll get a "73 Questions with Kylie Jenner."

Kendall, I always knew you had it in you to grace the cover of Vogue draped in the finest threads. But damn, Kylie. I guess it's safe to say you can rock anything from Supreme t-shirts and Yeezys to presidential Gucci 'fits. Who knew?