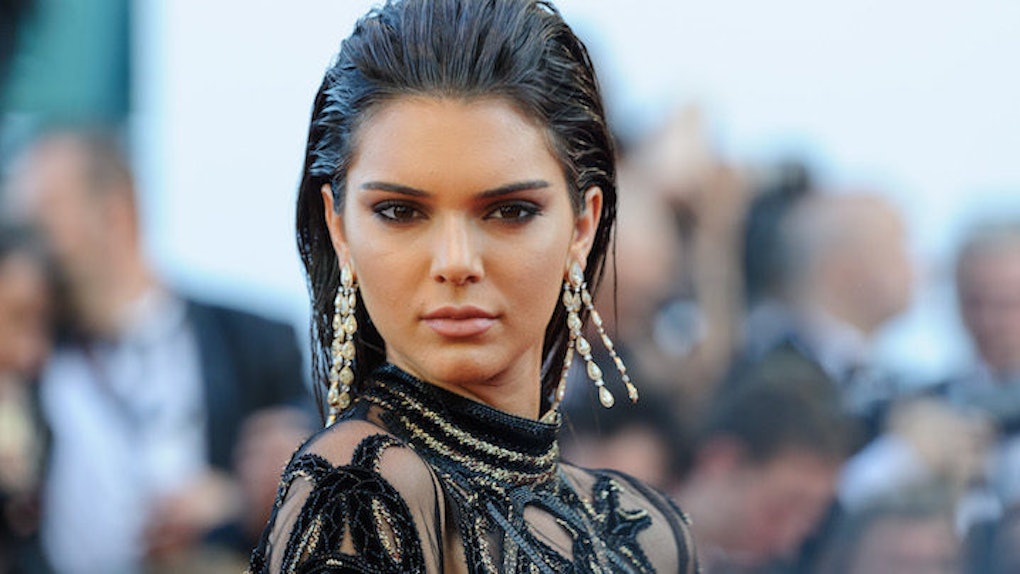 Nothing has made me identify more with Kendall Jenner than the fact we both struggle with dating. Yup, me and Kendall are essentially the same person when it comes to that… kind of.

I mean, look at this thing!

She's like a hot bullfighter, but instead of a red flag she's using her tits to anger the bulls. Bravo, Kendall. The ghosts of thousands of dead matadors salute you.

This is a major moment for the 20-year-old model and Rebecca Romjin-enemy. Vogue is an industry staple when it comes to launching modeling careers, and her landing the front page could not have come at a more appropriate time.

Former supermodels have notably taken offense to the new guard of social media-kickstarted models, with the brunt of their attack seemingly aimed at Kendall and Gigi Hadid. Scoring the September Vogue cover should give her some much-needed legitimacy in the eyes of former supermodels.

The family even took time to get together and make a small promo for the cover's launch.

The sad thing is, aside from her modeling career, Kendall's life isn't exactly all sunshine and Balmain, especially when it comes to dating.

She admitted to Vogue there is normally no gossip on her dating life because she's too busy to date. Plus, if there is one thing she's learned from her sisters, it's being in the Kardashian web and having a significant other is a whole friggin "to do."

Why would you let other people have their opinion on it, when you're not even certain of what's going on? When you're young, everything's just kind of all over the place. I don't like it when people are all up in my business.

It wasn't always that way, though. Kris Jenner made a cameo in the interview, revealing,

[Kendall] would come to us every night at 10 and go, 'OK, Mom, I'm ready for bed now.' The perfect child. She never really did anything bad.

The only thing I can think of is that I would sneak out at night and go sleep at my boyfriend's house.

This is news to Kris, who candidly responded,

You snuck out at night? That is so Khloé of you.

Citations: How Kendall Jenner Became the Breakout Model of Her Generation (Vogue)