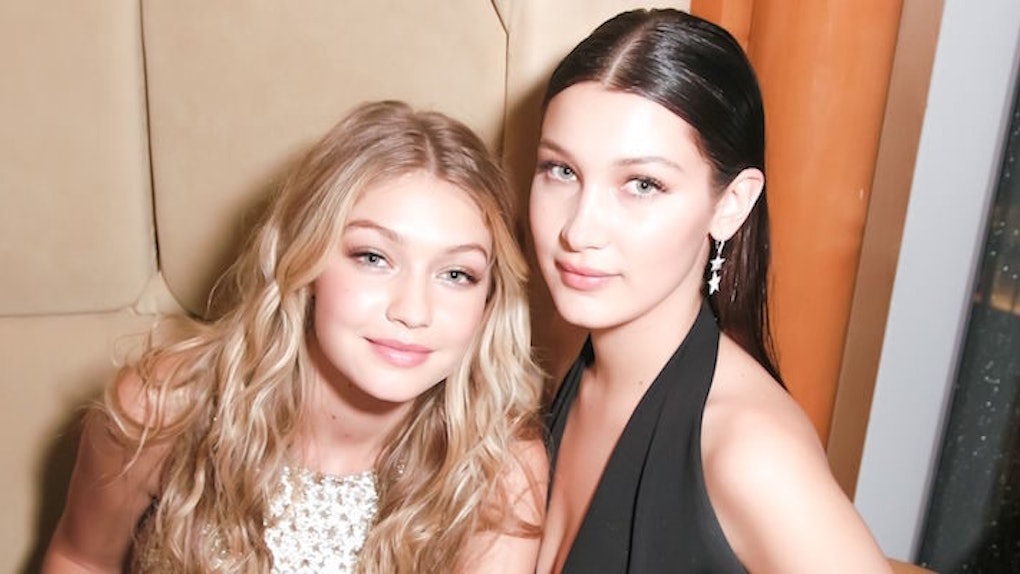 You do NOT mess with Bella Hadid's sister!

There is apparently major beef boiling up between supermodels of the past and the new crop of women who make money looking great on runways.

OK, maybe not major beef but, like, enough beef to make you go, “Hmmm, dats a lil' beef,” and then move on with your day.

This all started back in June when Stephanie Seymour, who is widely considered one of the original supermodels, told Vanity Fair,

They are completely different than we were. Supermodels are sort of the thing of the past. They deserve their own title. [Kendall Jenner and Gigi Hadid] are beautiful girls, and I support all of them, but they need their own title.

Bitches of the moment! That would be a good title for them.

Stephanie is far from the only crotchety old guard of models taking a big deuce on celebs like Hadid and Jenner. Rebecca Romijn offered up a similar sentiment during an interview with ET, saying,

After the comments were made, Kendall defended herself on her website, telling subscribers,

No one is trying to steal Stephanie Seymour's thing, or trying to be her… I guarantee you that she didn't imagine someone so publicly shaming her daughter when she made those comments about us being 'bitches of the moment'... If people want to call Gigi and I supermodels now, it doesn't take anything away from supermodels of the past. Obviously, I have so much respect for those women, but right now, we're the models of this time.

Stephanie's words may have been unintentionally hurtful, though. She posted an apology on her Instagram to Gigi and Kendall dispelling rumors of a rift between her and newer models.

Bella Hadid is now making sure nobody talks shit about her sister or Kendall.

In a recent interview with Glamour, she said,

It's crazy. I've worked with Stephanie before and loved her; she was sweet to me. I don't know if she meant it in that mean way. But even so, it's still hurtful. My sister and Kendall work their asses off. We're all working hard. You just have to let your success speak for itself… because at the end of the day, we're making our money... I don't want anybody to fail. Why would you wish that upon somebody? If you're a powerful woman and you're confident in yourself, you want other people to succeed.

NOBODY MESSES WITH THE HADIDS!