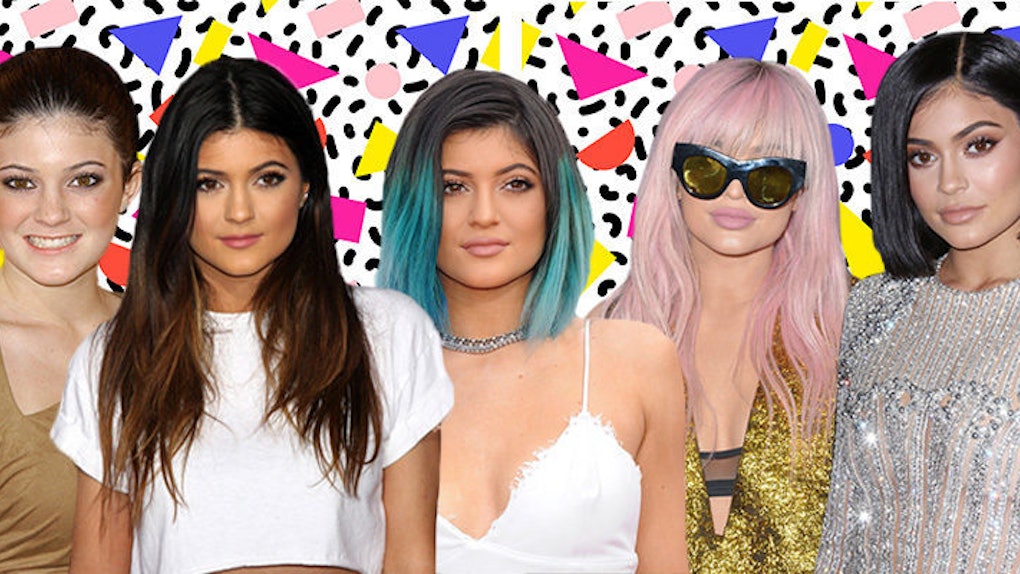 It's basically a national holiday. Everyone, take out your party horns!

Seriously though, the girl has only been alive for 19 years. Doesn't it feel like she's 30?

Maybe it's just me, but I'm shocked that Kylie's still a teen.

According to my calculations, exactly 365 days ago, Kylie was only 18 years old. (Somebody check me on that, though: Math was never my strong suit.)

THIS MEANS that exactly one year ago, Kylie graduated from high school.

LOL. I had acne and braces and pigtails until I was 18. Kids these days, am I right?

I guess I also didn't have a personal trainer, a personal stylist and 939439393 million dollars. I'm sure that helps Kylie... just a little.

For her big 19th birthday, Kylie Jenner decided to change up her look and debut a fiery new hair color.

Did she dye it, or is it a wig? Unclear. Either way, she looks unrecognizable.

Here's what she looked like a week ago, just for comparison purposes.

Yup, last year, King Kylie wore a blonde wig for her big party. I haven't seen her blonde since then, tbh.

She looks so different! Kylie, is that you?!

About a year ago, Kylie rocked a bunch of new looks. I haven't seen this color on her in a long time either.

You have to admit she looks pretty different, even after just a year. This was before Lip Kits were a thing, people!

Here's her high school graduation pic, just for the memories. LOL. I can't.

Happy birthday, Kylie! Only two more years until you can drink.