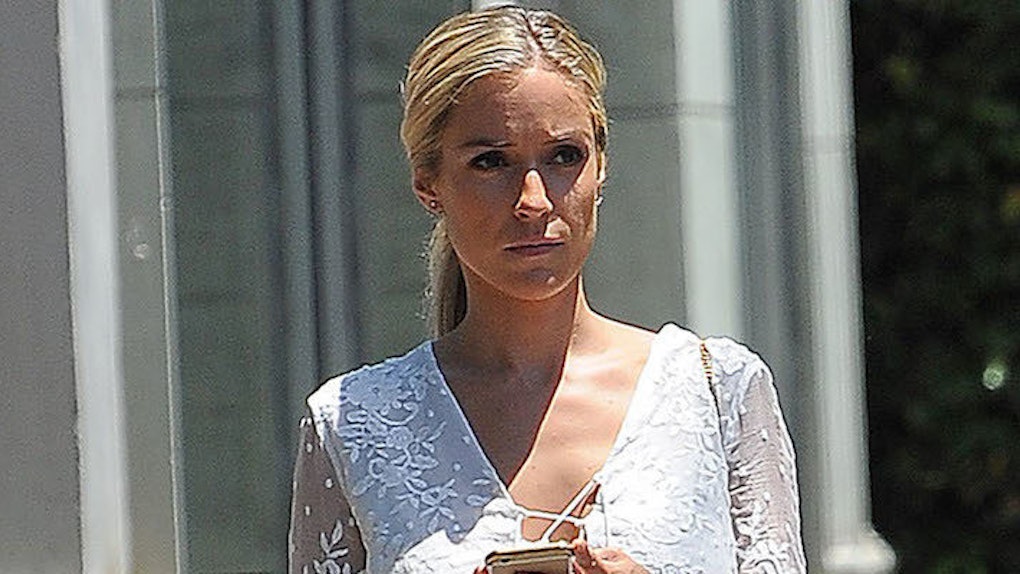 Kristin Cavallari's Thanksgiving weekend was spent celebrating her daughter's first birthday and, on a sadder note, mourning the anniversary of her brother's death.

The former-MTV reality starlet star posted a tribute to her late sibling, Michael, on Instagram.

The last few days have been tough...yesterday was the anniversary of my brothers passing. There hasn't been a day that's gone by where I haven't thought of him and missed him. I know he is watching over me and my family though from all of the amazing signs he has given us. Love and miss you so much, Mikey.

Though they did not locate his body until December 10, 2015, he was believed to have died of hypothermia following an automobile accident.

When Kristin first received the news of her brother's death, the mother-of-three told E!,

We want to thank everyone for their love, support and prayers during this very difficult time. We have just been informed by the authorities my brother's body has been found. This is a very painful time and we are still processing it all. We kindly ask everyone please respect our privacy during our time of grieving.

Since the abrupt loss of her brother, Kristin claimed to draw strength from her three children with husband Jay Cutler.

She told Us Weekly,