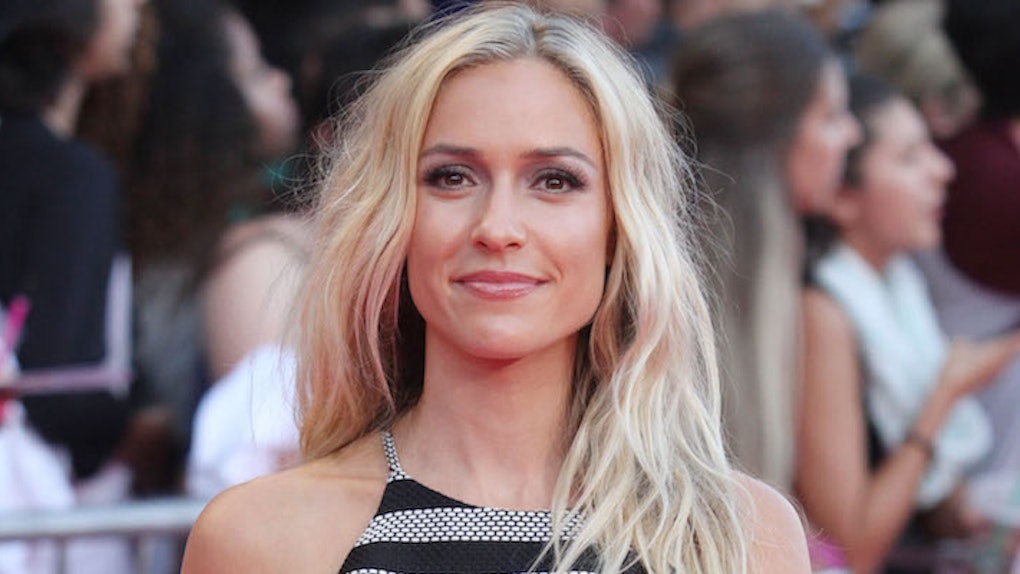 Ever since Donald Trump's scandalous tape leaked, many of us have been offering our own opinions on what "locker room talk" means to us.

If you haven't heard about Trump's remarks in a leaked video from 2005, welcome back to civilization.

Donald Trump put a major dent in his own presidential campaign when a taping of "Access Hollywood" from 11 years ago leaked onto the Internet.

Perhaps the most infamous line throughout Trump's dialogue with former NBC television host Billy Bush was when Trump literally said, "grab them by the pussy."

He had been generally referring to women and the fact that he feels that he can do whatever he wants because he's a wealthy, entitled (and stupid) celebrity.

Since then, tons of celebrities have been speaking out about Donald Trump and his foul statements in the "Access Hollywood" tape.

Everyone from LeBron James to Tom Brady (kinda) has reacted to it.

The latest celebrity to speak on it?

None other than Kristin Cavallari. The 29-year-old television personality joined SiriusXM's Taylor Strecker for a sit-down interview, in which Kristin spoke on everything from her her future with husband Jay Cutler to Donald Trump's baffling remarks caught on tape.

Time and time again, Trump has said that his comments were "just words," and that he never actually did any of these things (which include grabbing women's genitals and kissing them without their consent).

After taking loads of heat for weeks following the release of the tape, Trump has branded his disgusting remarks as "locker room talk."

So, what does Kristin Cavallari think?

I do have to ask you about this locker room talk stuff. What do you think? Is that a good enough excuse?

That's when Kristin poked some fun at Tom Brady's response to a similar question, saying,

God, I can't just do a smile and walk away?! ... So, it's funny because I actually do think that... Guys do talk like that. They do. However, obviously as a woman, as a mother -- no, I don't want to hear that. However, guys are kinda sleazy and they do talk about that stuff. Some of my girlfriends talk like that.

However, the former "Laguna Beach" star did say that overall, this kind of talk shouldn't be tolerated.

Obviously guys with power and money, they kind of can get any girl, unfortunately. I mean, girls do throw themselves at these guys and so, they kind of can do whatever that they want, which isn't necessarily OK, but I do think that kind of talk probably happens more than we think -- or more than we want to think.

Kristin Cavallari concluded her statement by saying that, as a woman, she doesn't want to hear that men are speaking about women like that.

She also stated that if she were to ever hear one of her sons speaking like that, she would probably "slap him across the face."

It's safe to say that regardless of that fact that SOME men can relate to Trump's shameful words toward women, KC does NOT approve.

(*Breathes a sigh of relief.*)

Check out Kristin's segment on SiriusXM's "Wake Up with Taylor" below.