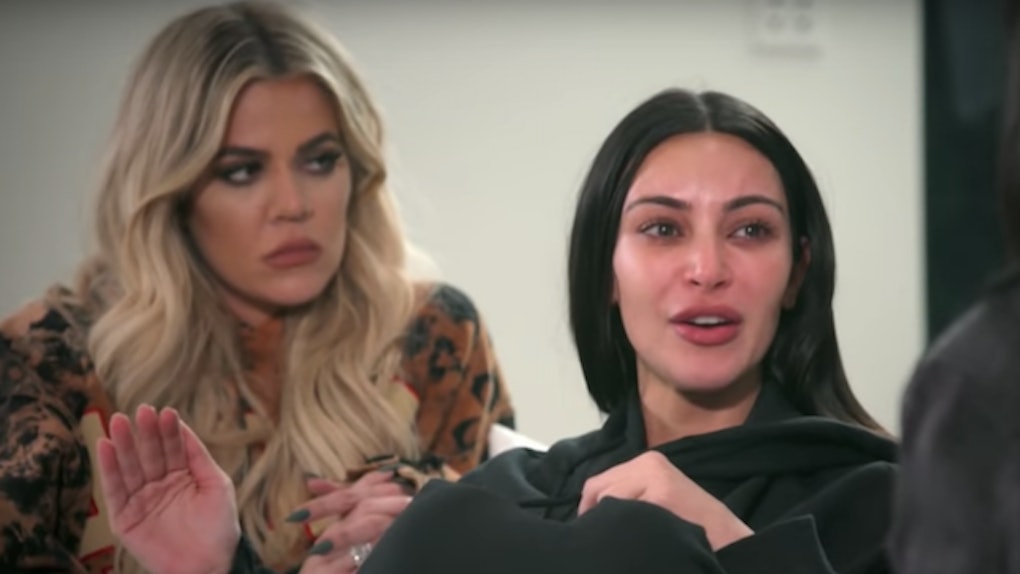 Back in October, a small group of thieves broke into Kim Kardashian's Paris hotel room and robbed her of an estimated $10 million in jewelry while they held her at gunpoint.

Now, for the first time since the nightmare incident, Kardashian revealed the exact moment she knew the Paris robbers broke into her room.

The 36-year-old shared in detail the entire Paris robbery experience in an exclusive "Keeping Up with the Kardashians" preview clip.

Warning: The below video is very emotional and somewhat difficult to watch.

As you're about to hear, Kim K revealed she was in bed, starting to doze off just before shit hit the fan.

This is beyond scary.

As you can hear in the video above, in describing the Paris robbery, Kim Kardashian said,

I'm so tired... I need to get up. I need to wash my face. Then, 10 minutes later, I was dozing, dozing, then I heard pounding up the stairs.

Kardashian revealed she thought it was her sister and friend coming home, but she soon learned the noise was coming from a group of men looking to harm her.

At that moment, when there wasn't an answer, my heart started to get really tense... I knew something wasn't quite right.

God, what would be going through your head in this moment? I don't know about you, but a home invasion is one of my worst fears.

So I slid off my bed and picked up my phone and I'm like, 'I don't know how to call 911 in a different country.' The guy came in, grabbed the phone from me, threw me on the bed and I was like, 'This is it.'

Holy hell! Imagine thinking your life is going to come to an end in a matter of minutes.

Speaking on the moment after she realized the man being held down was the handcuffed hotel concierge, the 36-year-old mother of two said,

What I've heard from talking to him afterwards is they said, 'Where's the rapper's wife? Let us up to her room.'

Make sure to check out the full episode of "Keeping Up with the Kardashians" this Sunday at 9 pm on E!

Citations: Kim Kardashian Gives Terrifying Moment By Moment Recap of Paris Attack, Reveals She Was Thrown on Bed & Thought "This Is It" (E! News)