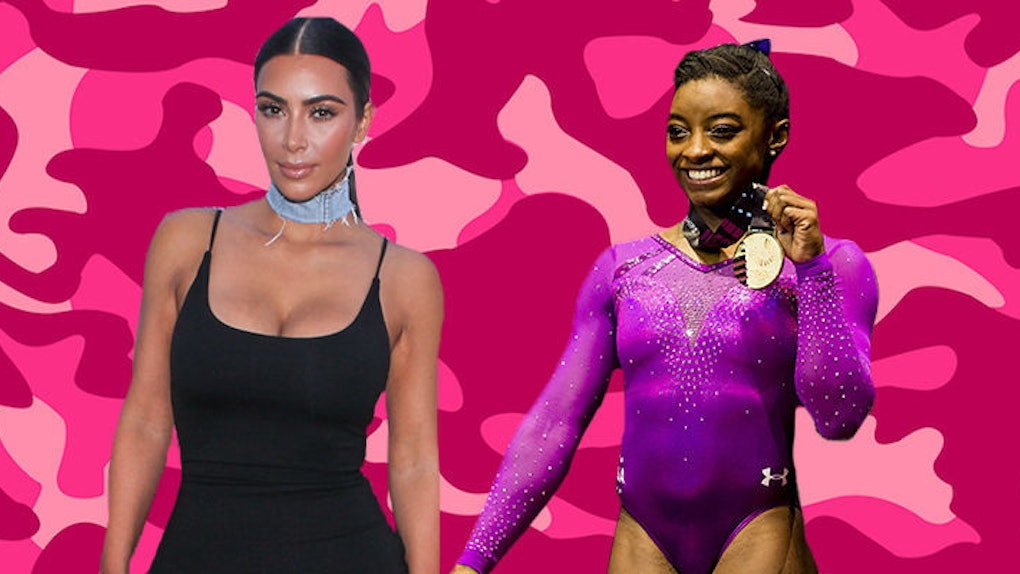 Kim Kardashian is crushing hard right now, and it's not on Kanye West.

Kim dedicated an entire post on her app to her "low-key crush." Hmm, nothing low-key about writing a love letter seen by millions of people!

In the post, Kim first gave her viewers a bit of background about Simone and encouraged everyone to watch the Olympics. If you haven't heard, the US Women's Gymnastics took home the gold over Russia and China.

She gushed over Simone, writing,

Simone Biles is having a major moment right now. She's on the U.S. women's gymnastics team (they are calling them the "Final Five"!), and a lot of people are saying she's the greatest female gymnast of ALL TIME.

She also explained how Simone is a role model to North West:

Her specialtiy is the floor exercise, and North loves watching her!!! She pretends to be Simone and rolls around on the bed trying all these flips. It's so cute.

Kim Kardashian also tweeted about this, in case you missed it.

THE KARDASHIANS LOVE THE OLYMPICS.

Kim concluded her post by congratulating Simone on her achievements:

I think she's going to win it all. She's just SO insanely talented and has worked so hard to get to where she is. Congratulations, Simone! You are killing it and you're such an inspiration to us all. On top of being one of the best athletes ever, you bring such a positive radiant energy to everything you do--it really shrines through. North and I will be watching as you continue to kill it!

WAY TO KILL IT, BILES. I'm your number one fan, well, after Kim.