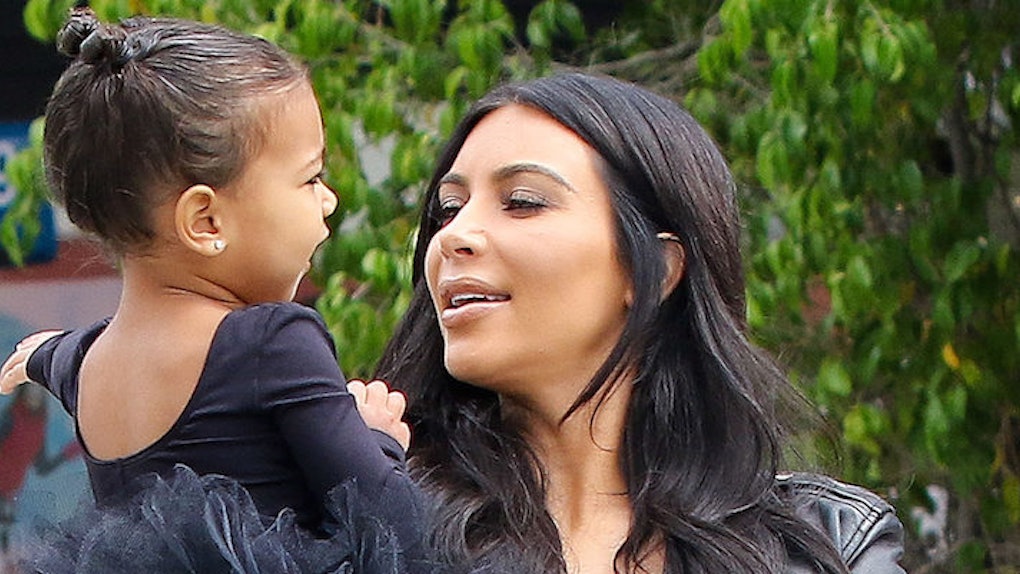 North West's A Kim Kardashian Clone In This Face Swap

Now, I know what you're thinking... "Of course North West is a Kim Kardashian 'clone.' Kim gave birth to her!"

But what if I told you that you might not be able to tell the difference between a baby photo of Kim and a current photo of North West?! If you like mind-blowing optical illusions, you'll love this.

The 35-year-old star took to Snapchat to share how strikingly similar her baby photo and North West look.

The Snapchat video starts off with Kim asking,

You guys, doesn't this look like North? This is me as a baby that I'm face-swapping with. How crazy...

I'll admit, at first sight, I was a little disturbed due to the fact that Kim's grown-up voice is emitting from a photo of herself as a baby.

After replaying the video a couple of times, I finally gathered enough focus to realize that North West and Kim Kardashian are legit twins.

As a matter of fact, North West is basically a miniature version of Kim. They look insanely alike as babies.

You can hardly tell the difference.

Here's the video of Kim Kardashian face-swapping with a baby photo of herself.

For good measure, she face-swapped with a photo of North West.

At this point, it's quite clear that North West either inherited most of her facial features from Kim OR she was designed in a top secret, underground lab somewhere near Area 51.