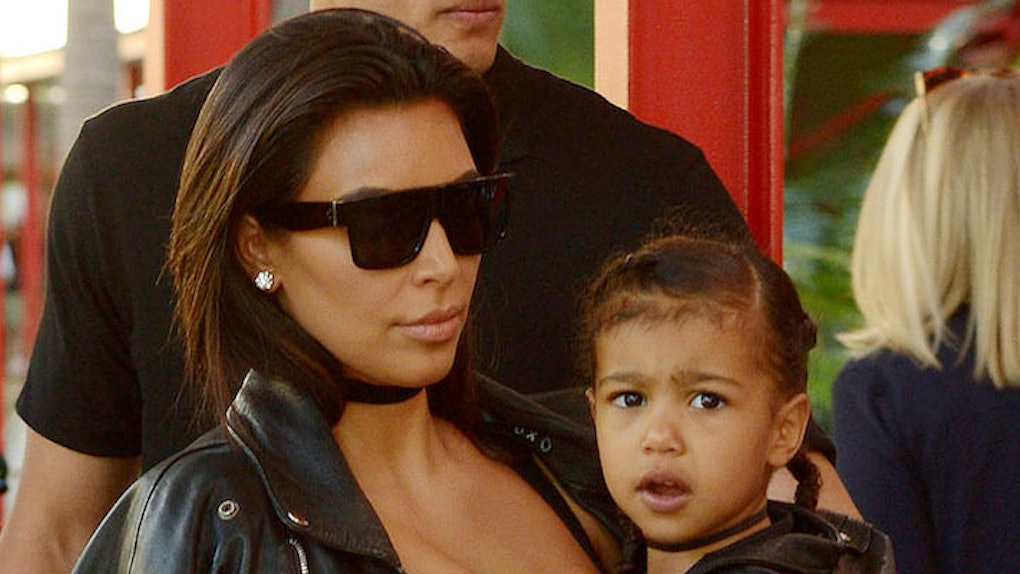 Kim Kardashian's social media silence is so real, we're having to live through other celebrity's Instagram accounts to know what she's up to these days.

It makes us the worst kind of stalker. But we come bearing good news: She's been spotted! The elusive Kim K made a rare appearance on Kris Jenner's Instagram account.

The cute photo shows Kim dressed up as Princess Jasmine with — get this — little North wearing a matching costume.

AARRGGH, IT'S ALMOST TOO MUCH TO HANDLE.

Princess Jasmine and her mini me!!!!! @robkardashian shared all the pics from our family Halloween on@kimkardashian's app and KimKardashianWest.com #family #love #mybeauties.

I read that last hashtag in the voice of a creepy Disney villain, which is fitting because Kris kinda looks like Cruella de Vil from "101 Dalmatians."

The important thing is Kim's alive. She hasn't touched her Instagram account since she was held a gunpoint in her hotel room in Paris.

Robbers managed to break into the No Address Hotel in the French capital and forced staff to show them which room Kim was in.

She was allegedly gagged and bound and locked in the bathroom while they rooted through her personal belongings and stole jewelry worth millions of dollars.

One piece — a cross necklace — has since been recovered. It was found on a sidewalk near the hotel and is believed to have been dropped by one of the masked raiders.

After the incident, upsetting photos emerged of Kim not looking at all like herself.

She was seen holding ice cream without makeup while pulling a seriously depressed expression.

The look on her face in the more recent Princess Jasmine photo is a vast improvement. Keep smiling, Kim. We need you back on Insta soon.