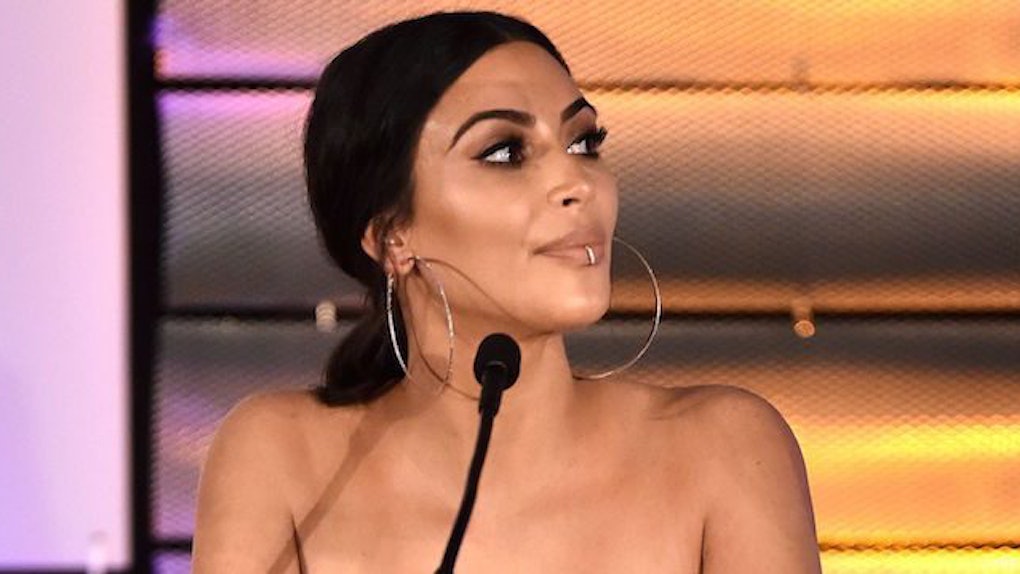 Kim Kardashian has something really exciting coming out, you guys! She swears!

She's got us all pumped up on Instagram about it, too, by posting videos teasing some really cool, super exciting thing that's coming tomorrow, April 4.

I mean, when Kim posts an Instagram of a date flashing in red neon lights, how can you not get your hopes up for something awesome?

Kim wrote "SAVE THE DATE" in the caption. Surely whatever it is that is coming is really, really important.

Then Kim posted a second video, this time of the words "NEW DROP" in neon.

Oh my god, what could it be? Is it Kim K music? A Kanye West video featuring Kim K? New Yeezys? Was Kim about to expose another celebrity the way she did Taylor Swift?

Then Kim posted her third and final video in effectively the worst reveal of all time. THE BIG SURPRISE IS... Kimojis?

Seriously? That's all? New pixels shaped like Kim that I will literally never use?

KIM. You got my heart rate up for Kimojis! Never do that again!

Look, I'm not the only one who's a little peeved at Kimmy for pulling this stunt. A look at the Instagram comments and replies to her tweets tell me a lot of people were expecting something, well, cooler.

Really, Kim? We were preparing for some actual news over here.

It's not that emojis aren't exciting, but, like... they're not that exciting.

OK fine, they're really just not exciting at all.

To be fair, there were a few fans who actually seemed genuinely pumped about the idea of new Kimojis.

Listen, no judgement! Except yes, judgement. You guys need to get some more exciting things going on in your lives.

But most of us were just like, "Kim. Bruh. What the actual heck?!"

Anyways, I guess there are new Kimojis coming out tomorrow or something. Woohoo.