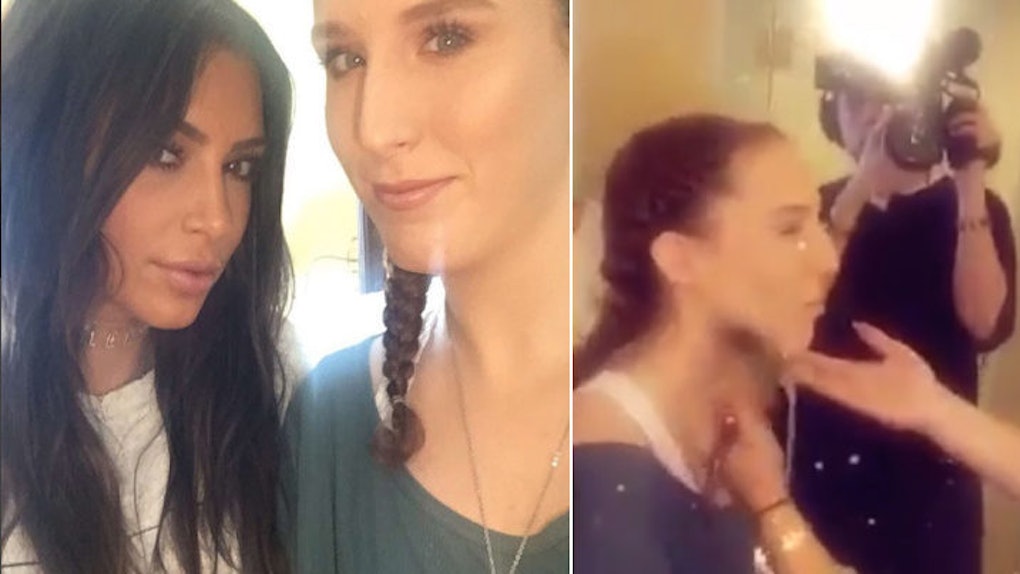 If you're obsessed with Kim Kardashian, you may want to take a seat.

One of her fans won a contest and was able to get a makeover by Kim K's beauty team. DREAMS REALLY DO COME TRUE, YOU GUYS.

The lucky winner spent the day with the "Keeping Up with the Kardashians" star and got dolled up on Kim's Snapchat.

Not only did she get the ultimate spa treatment, she basically became famous.

She even got to take a selfie with the reality star. Are you jealous? Because I'm not, hahaha. *CRIES INTO PILLOWCASE*

The fan chilled with Kim K and got her makeup professionally done by artist Hrush Achemyan.

The whole thing was planned for a great cause. The money raised provided 63,000 days of life-saving HIV/AIDS medication in Africa.

According to Kim's Snapchat, it looks like she had an action-packed day.

Before the makeover, she attended a fundraiser for AIDS in Beverly Hills and treated herself to In-N-Out. YUM, I WANT A BITE.

Kim, thanks for always keeping things entertaining on social media.

Your filtered face and cheese fries give me life.