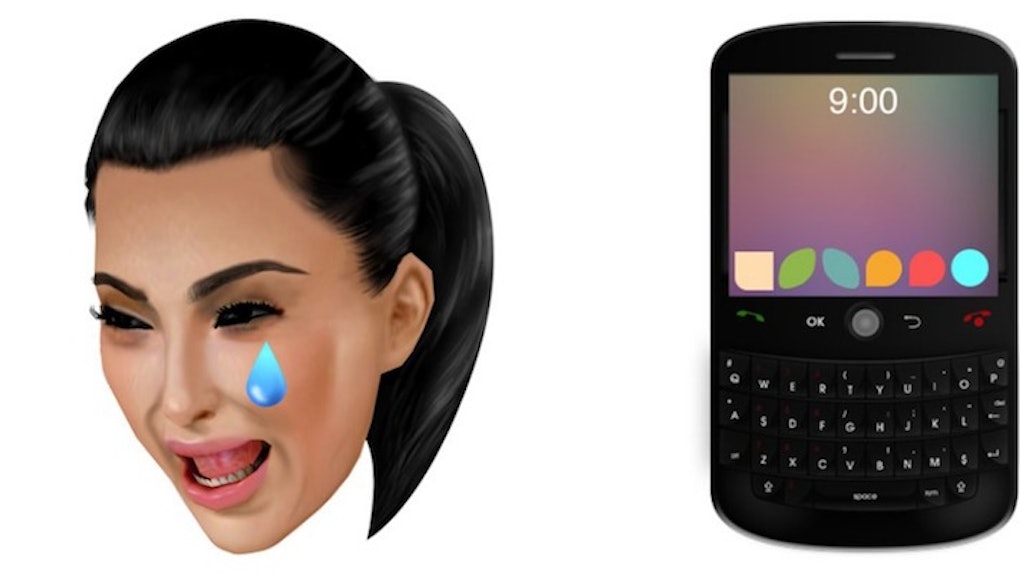 For a woman who can afford just about anything in the world from pricy supercars and sprawling mansions, to flower walls and the latest smartphones, Kim sure showed where her brand loyalty lies when it comes to her favorite tech devices.

The 35-year-old star took to Twitter for a Kanye-style rant about her old BlackBerry Bold.

As a matter of fact, just after her BlackBerry lived its last days as a functional smartphone, she took to Twitter to let the world know how attached she was (and still is) to her BlackBerry Bold.

Could you imagine the stories that thing would tell if it could talk?!

Kim Kardashian started by announcing the death of her BlackBerry. Then she said that she had searched for another one on eBay but couldn't find any.

She also asked Twitter for its overall opinion on her BlackBerry obsession.

Remember, Kim is not like the rest of us. I mean, we're talking about Kim Kardashian West. She needs TWO phones.

Things got pretty serious during her #BlackBerryRant... The thought of having two iPhones started to weigh on her.

After that last tweet, Kim basically shut down. She started posting cryptic messages in the form of Kimojis.

And finally... she accepted the fate of her BlackBerry.

We'll just have to wait and see if Kim decides to go with two iPhones. Either way, nothing will ever amount to her trusty ole BlackBerry Bold. RIP.