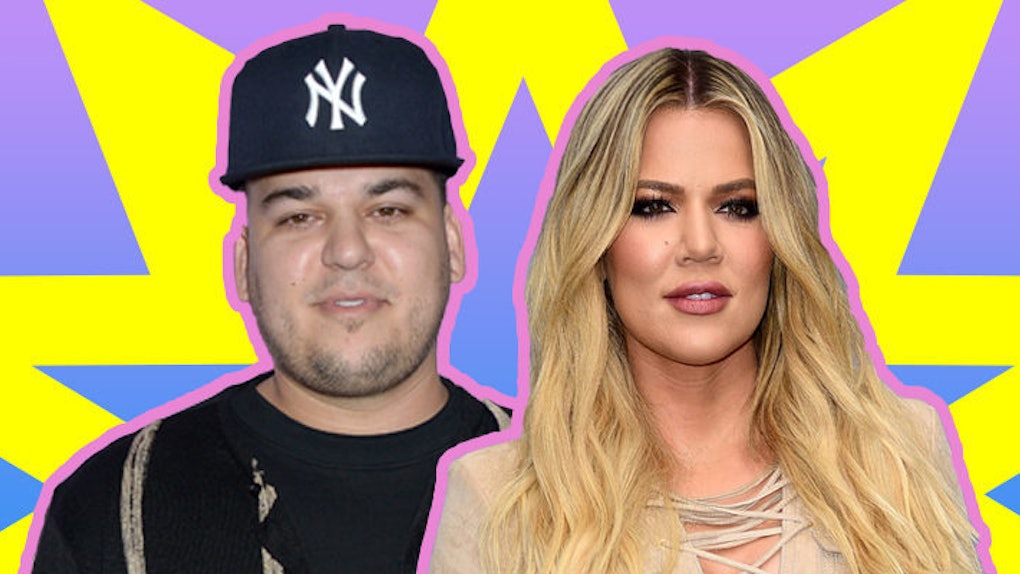 Khloé Kardashian and her brother Rob are reu-freaking-nited in sibling love, and they're ready to take on the world, once again.

Mostly, the father-to-be just said “hey” a bunch of times, but just try not laughing at this filter.

Things have been tense between Rob and Khloé since he began dating his now-fiancée, Blac Chyna, and moved out of Khloé's house in Calabasas, Us Weekly reports.

In June, Rob and Chyna, now expecting their first child together, showed up to Khloé's 32nd birthday party, though these snaps are the first evidence of the siblings BS-ing like old times.

This brand new Kardashian baby -- the first since Rob himself -- is going to heal every wound this flawless Armenian glitter family has. I just know it.

Citations: Khloe and Rob Kardashian Have Officially Mended Their Relationship, Goof Around on Snapchat (Us Weekly)