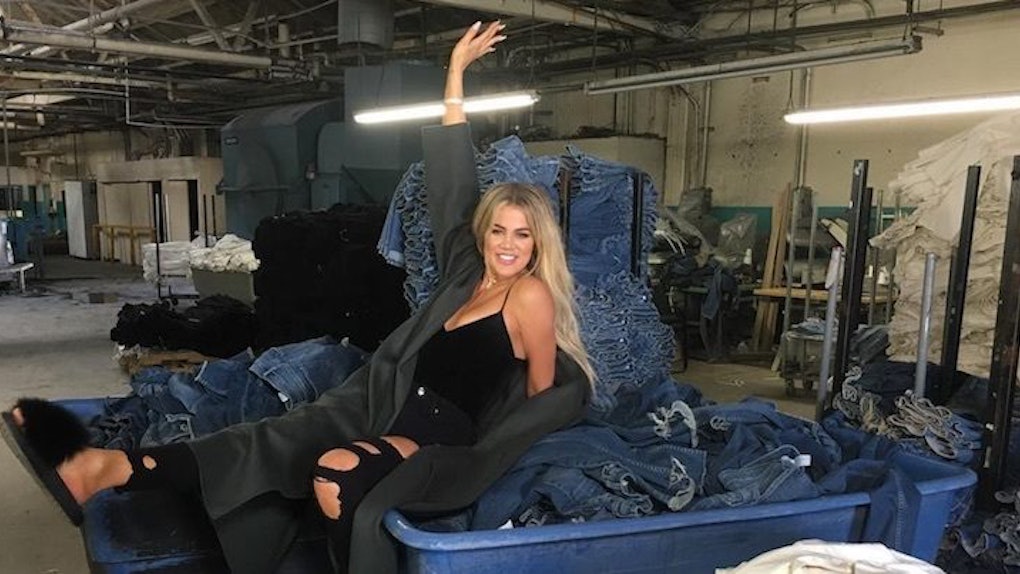 You shut your mouth when you're talking to Khloé Kardashian.

The “Keeping Up with the Kardashians” star shared a photo to social media straight from the factory that manufactures her line.

One Twitter user accused the 32-year-old of essentially being the foreman from “Les Mis,” and Koko was not having any of it.

By the looks of @khloekardashian Snapchat, she's got a sweat shop working on her jeans — Tiffani (@tiff_easton) November 29, 2016

She warned her critic to “watch [her] mouth” and “know [her] info.”

Watch your mouth. All make salaries and all are employed in la! Know your info before you chime in https://t.co/cELkguxggr — Khloé (@khloekardashian) November 29, 2016

It means a lot to me to fight to make my denim in the US and to be employing good wages to all of my hardworking employees! — Khloé (@khloekardashian) November 29, 2016

Khloé hardly had time to dwell on the sweatshop claims as she was slated to speak at the Fortune Most Powerful Women Next Gen Summit.

At the summit, she opened up about her commitment to women's empowerment and fitness, claiming,

I was always the fat ugly sister, the piglet. It took three and a half years before I got recognition… I easily could've gone on some diet fad or gone surgery route, and I'm not against that, and I'd be in the gym and people would ask me what I was training for… [I was training] for life, for my day to day and now it's paying off. I think people are just now realizing. But this has been something I've worked on for three and a half years.

Her personal transformation led her here, to not only founding her own denim line with business partner Emma Grede, but hosting E!'s “Revenge Body,” in which she mentors guests to help them out of life's emotional ruts and into a healthier existence.

Citations: Khloe Kardashian Claps Back at Critics Who Thought Her Denim Factory Looked Like a Sweat Shop (E! News)