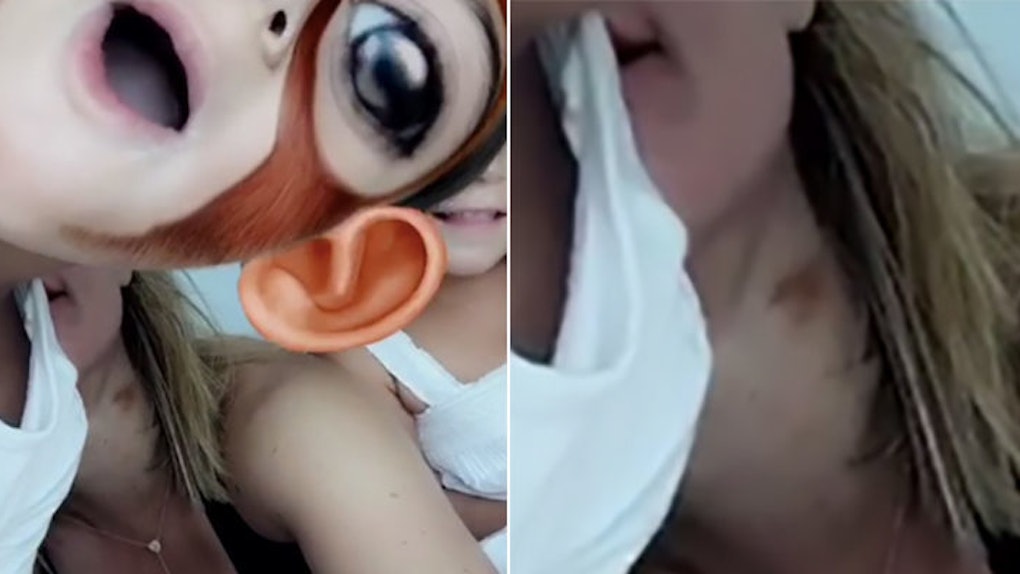 Wait, Did Anyone Else Notice Khloé Kardashian's Massive Hickey In This Video?

WTF, YOU GUYS? Why aren't we talking about Khloé Kardashian's giant hickey?!

I'll tell you why. Because no one noticed someone went TO TOWN on her neck.

Seriously, it's massive. It looks like she had sexy time with a vampire who sucked the shit right out of her.

Girl, you need a hairbrush. I'mma have to hook you up.

If you follow Khloé Kardashian on Snapchat, you may not have noticed this detail. Put on your glasses, Grandma. Open your eyes!

Khloé took a selfie but had her face blocked by Mason Disick. All you can see is her black tank top, necklace and neck.

But if you look closely, YOU'LL SEE EVIDENCE KHLO MONEY HAS BEEN GETTING IT IN.

ZOOM THE FUCK IN.

NAHHHH B, THAT AIN'T A STRAIGHTENER BURN. That's the aftermath of a steamy makeout sesh.

Khloé is rumored to be dating NBA star Tristan Thompson, so uhhhh, I guess he left his mark. He he.

I don't wanna start any more rumors, but I'm gonna take a WILD guess and say it's from him. Who knows, though.

@khloekardashian I spot a hickey on your neck #snapchat get it girl! I'm happy to see you happy — Debbie (@gamerbabe26) September 14, 2016