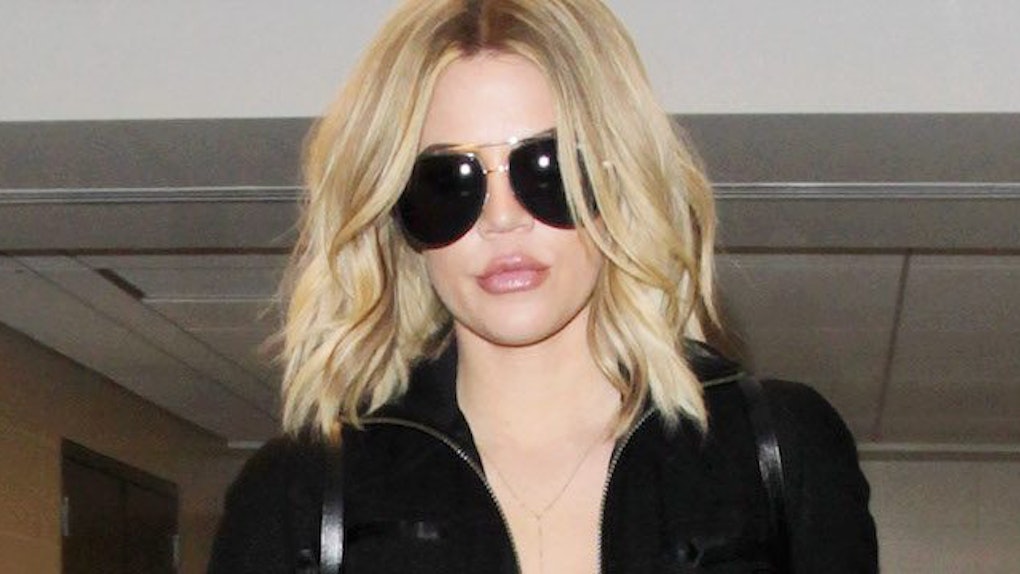 Khloé Kardashian Wants Guys To Pay On The First Date

Khloé Kardashian has more money than God, but if you think you're seeing any of it before date three, you can go sit on a spiked cemetery fence.

In a post on her site about dating etiquette titled "Just The Tip: My Dating Do's and Don'ts," the “Revenge Body” guru revealed she didn't tone those arms up reaching for the check.

Guy pays! You do you, honey, but I personally think the guy should pay on a first date. Later on, it's OK for the girl to offer but I'm not setting that precedent for the rest of the relationship.

Don't try and get one over on the “Keeping Up with the Kardashians” star by taking her out for a $5 coffee either.

Definitely into dinner the first time I hang out with a guy! Coffee is too casual.

If Tristan Thompson can take our girl out for some braised lamb, or whatever, you can, too. Don't be a stingy asshole.

When it comes to asking KoKo out, though, feel free to keep it casual. Shoot her a text like, “Down 4 brzd lamb Sat?” and she'll give you a fair shot.

I'm OK with being asked out over text message. Once we're into the relationship, we need to call each other and talk on the phone, though. I'm big on setting the tone with relationships. Sometimes, when I'm first talking to a guy, we both get shy, which makes it easier to text. I like to show people how to treat me, so after we get the ball rolling, I'll start calling more to make it known that's what I want.

The 32-year-old believes “you have to teach people how to treat you at first by doing and saying the things you want them to do and say in return” because “no one's a mind reader.”

You can't just expect someone to know what the fuck to do… I don't want anyone to make me guess, either. If you like apple pie and I keep making you carrot cake, tell me you like fucking apple pie!

Frankly? Really glad she said something. Too often is dessert not openly discussed between significant others and relationships are ruined forever.

Citations: Khloé Kardashian Wants YOU To Pay On The First Date! (Perez Hilton)