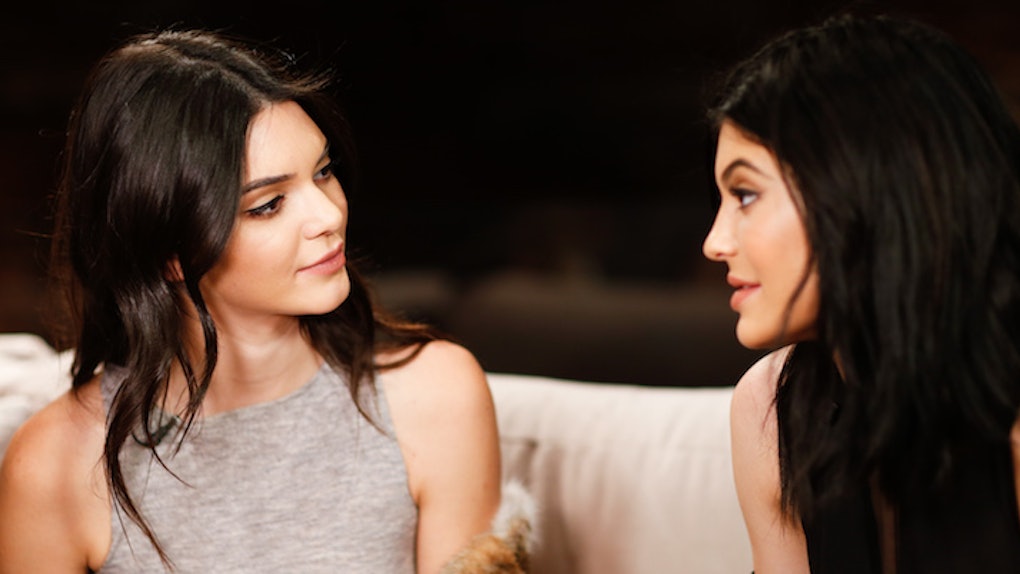 If you ask the internet if Kendall Jenner and Kylie Jenner are the world's most iconic duo, the internet will respond with a resounding "NAH."

It all started last Saturday when Twitter user @negansvoid tweeted out a picture and challenged everyone to "name a more iconic duo" than Kendall and Kylie. (She'll wait.)

As it turns out, she didn't have to wait very long at all. The good people of Twitter were more than happy to provide some examples of pairs who they felt were superior to the Jenner sisters.

Actually, they responded to the challenge SO enthusiastically, the user ended up deleting the tweet in an attempt to escape the stress of meme-ing.

(By the way, she says the original tweet was a joke, anyways.)

But whether she was serious or not, it was too late. And lo and behold, a meme was born.

Even "The Late Late Show" and James Corden got involved, so you know this meme is serious.

Name a more iconic duo, you say? Uh, how about the mother-flippin' OBAMAS?

Or how about Obama and his BFF Joe Biden?

Try to tell me Kendall and Kylie are more iconic than the dog and the horse from that Budweiser commercial. JUST TRY.

And did y'all forget about Calvin and Hobbes? C'mon.

Salt and Pepper from "Blue's Clues," anyone? They were SO iconic and even had a Cinnamon child together.

Have Kendall and Kylie ever befriended a platypus? I don't think so.

I mean, if we're talking about iconic white chicks here…

It doesn't get much more iconic than reverse beard brothers, Guy Fieri and Steve Harwell from Smashmouth.

Finally, my personal favorite: The most iconic duo of all, Doduo from Pokémon.

So the lessons to be learned from this are:

1. Kendall and Kylie Jenner are definitively not the most iconic duo.

2. The internet is merciless.

3. Starting a meme will not get you verified on Twitter, unfortunately.