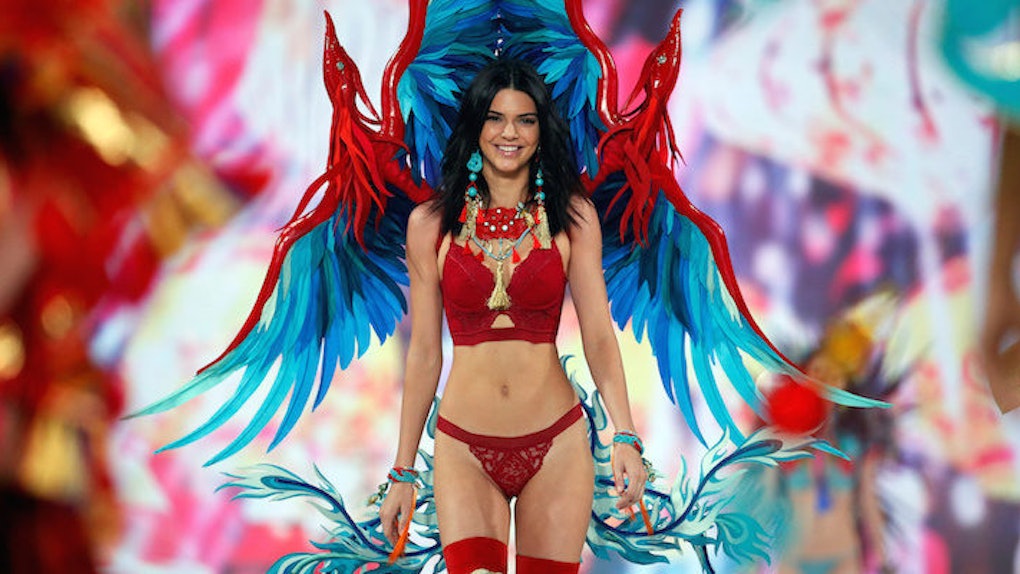 Kendall Jenner Got Her Wings At The VS Fashion Show

For all of us who aren't at the lavish Victoria's Secret Fashion Show in Paris, the FOMO is setting in so hard RN.

Ever since the models started posting gorgeous pictures before they flew off to Paris together (via private jet, of course), most of us have been eagerly anticipating our early holiday present: the show itself.

Without a doubt, it is truly one of the most magical events of the year on my calendar.

Kendall Jenner, Bella Hadid and their squad of Victoria's Secret models looked ever so chic posing for photos with French flags and mini statues of the grand Eiffel Tower.

Once the crew of beauties arrived in Paris, their trendy, touristy snapshots made me feel like I was kind of (sort of) right there with them.

OK I'M TOTALLY JK, but a gal can sure dream she's basking in the utter glory of the Eiffel Tower and eating a delicious French baguette RN (and not chilling on the rainy East Coast).

Those matching Victoria's Secret Fashion Show t-shirts though… I NEED ONE OF THESE IN MY LIFE STAT.

Wednesday is finally the real deal in Paris… although the rest of us won't be able to view the show in its entirety until it airs on TV on December 5.

Until then, we'll just have to live vicariously through beautiful sneak peeks of the models that are hitting up the internet.

This year marks Kendall Jenner's second Victoria's Secret Fashion Show she's walked in. And as of Wednesday, the 21-year-old model got her very own pair of wings...

In case you were wondering, she straight-up slayed it on the catwalk. Seriously, this video is everything.

She's working those red, thigh-high boots and feathery wings like a true angel.

I CAN'T WAIT UNTIL THE SHOW AIRS!!!