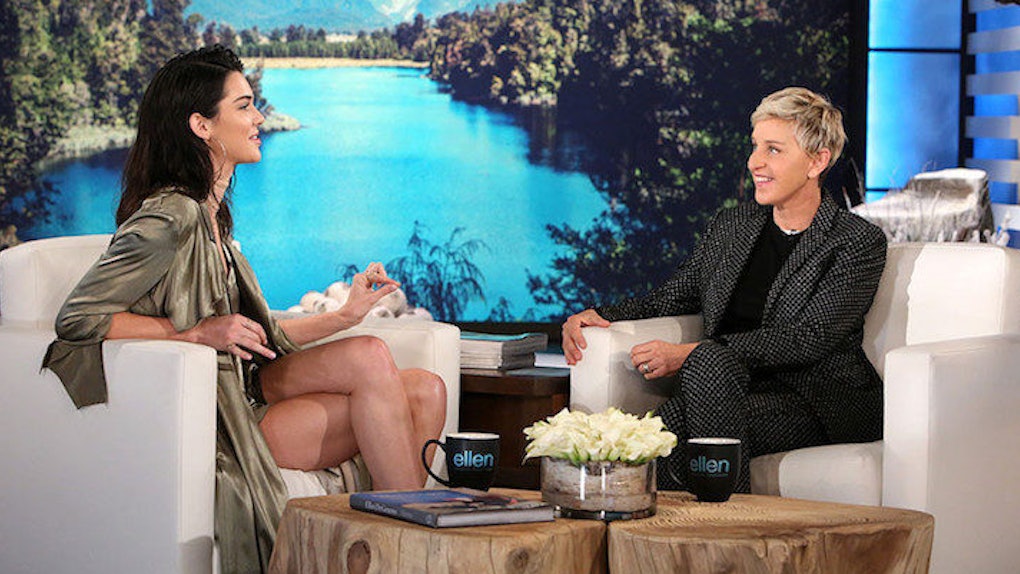 Kendall Jenner apparently thought her over 60 million followers on Instagram "wouldn't care" if she deleted her account.

Kendall, no offense, but I'm starting to get a little worried about your grip on reality.

Last Sunday, Kendall Jenner shocked the nation into a state of despair by deleting her Instagram account.

Or, wait, that might have had something more to do with the nation electing Donald Trump as the next president of the United States.

BUT STILL, Kendall abandoning fans at a time when they could use a little celebrity distraction certainly didn't help.

These fans obviously took to Twitter with their woes after receiving this blow.

And multiple news outlets (including yours truly) reported on the reality star's social media move.

This reaction came as a shock to Kendall, the 21-year-old told Ellen DeGeneres on Wednesday.

It's so crazy to me that it even became huge news like that. Like, I have no idea how that — I guess I didn't expect it. But I also took my Twitter off my phone. Like, I didn't delete my Twitter entirely but I took the app off my phone. So I had no idea anyone was even talking about it. I honestly didn't think anyone would care. Yeah, and my friends kept texting me and my family members and I was like, 'How does everyone know?' And they started sending me links to like CNN and all these things and I was like, 'Why is this even this big of a deal?'

When Ellen pressed her as to why she deleted her Instagram in the first place, Kendall said,

I don't know, I just wanted to detox. I felt like — I just wanted a little bit of a break. I'm always on it. I feel— I would wake up in the morning, and I would look at it first thing. I would go to bed, and it was the last thing that I would look at. It just, I felt a little too dependent on it. I kind of wanted to take a minute; it's a detox. I'll be back! I'll come back.

So that's good news for Kendall fans, at least — this is not the end. Don't worry, like all of us, Kendall is far too dependent to cut off her social media ties for good.

In fact, she said the "withdrawals are starting to come in," already.

Yesss, Kendall, that's right. You know you need the high of 2 million likes on your selfies. Come back to us. You know you want to.

Or, you know, do what you want and take care of yourself, since you don't really owe anyone anything. Totally up to you!

As for the new verified Kendall Jenner account that popped up on Monday, that has yet to be explained.

The account has since been deleted, but had nearly 72k followers the day it showed up.

I guess we'll never know what that mystery was about.

Hurry back Kendall, before the Illuminati takes your place!