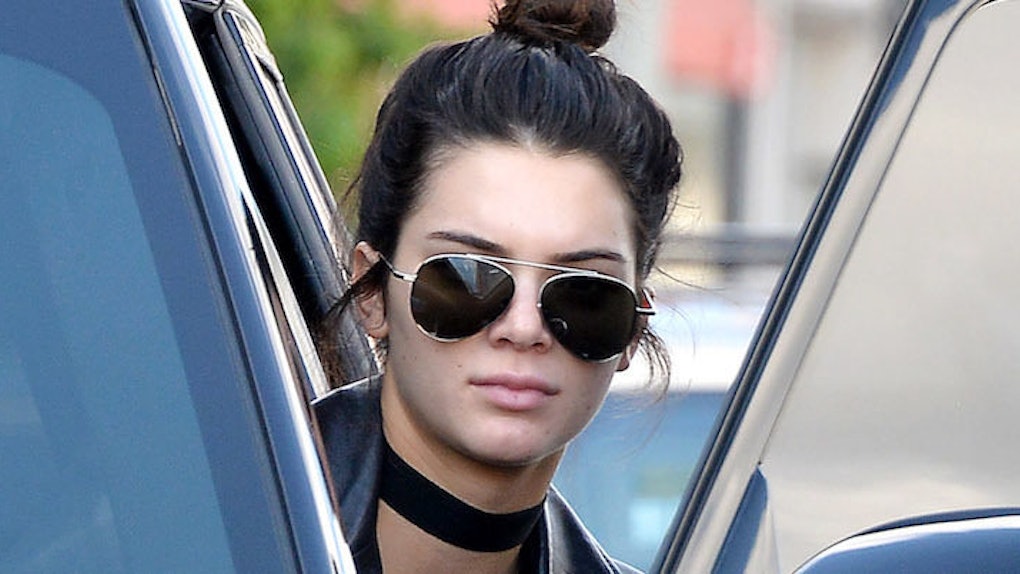 Who's ready to read deeply into a Spotify playlist and find meaning in the mundane?

All of us, right? Because we don't have lives? Because we live to create drama where there is none?

Kendall Jenner shared her ~Range Rover ~ playlist and there are some very interesting selections on there, people.

I consider [the Range Rover] my 'mom car,' so I play a totally random mix. It's mostly newer stuff in the background when I'm cruising with a bunch of friends.

Kenny shared 10 picks, and while some were pretty benign, others gon' make you go:

2. “Life Round Here” by James Blake

Kenny is easily the most secretive of the Kardashian clan when it comes to her dating life, and this song might be a rare nugget of insight into her brief romances.

She's been linked to stars like Justin Bieber, Harry Styles and A$AP Rocky, but never for long before the stories disappear from the internet and our short-term memories.

Lyrics like those in “Life Round Here” may reflect Kendall's boy dramz:

3. “Side To Side” by Ariana Grande feat. Nicki Minaj

Ari and Kendall aren't exactly best pals by any stretch, but their paths do cross occasionally.

Ariana was famously wing-slapped at the 2014 Victoria's Secret Fashion Show, but not by Kendall.

In fact, Kendall didn't even join the VSFS crew until 2015, so they remain on solid ground.

Also, no one in their right mind creates a cruisin' playlist and excludes the song that brought the term “dick bicycle” to prominence.

FACT: NO ONE CAN EVER ENJOY A CALVIN HARRIS SONG EVER AGAIN WITHOUT SHADING TAYLOR SWIFT.

Kendall and Taylor share an ex in Harry Styles which, despite it being ancient history, is enough to bring this GIF back for emphasis:

5. “The Less I Know The Better” by Tame Impala

This song rules and served as the soundtrack for a sweaty summer 2016, but it doesn't seem to allude to any of Kendall's personal drama.

The music video does feature actress Laia Manzanares — an honest-to-goodness Sissy Spacek throwback — getting sexy with a gorilla named Trevor. So, take what you will from that.

Terror Jr is a band shrouded in goddamn mystery, yet the group hasn't been able to drop one single without Twitter erupting in screams of “KYLIE JENNER HAS A SECRET MUSIC CAREER!”

The idea of anyone listening to Bruno Mars without being forced to do so for torture or interrogation purposes is so bewildering I can't even assess this selection properly.

Alright, everyone knows Coldplay can go choke on Chris Martin's decorative arm bands, but who among us hasn't, in a moment of weakness, listened to “Fix You” while saying a silent prayer for Kendall's brother Rob Kardashian?

Lights may never guide Rob home or ignite his bones, but America will never stop trying to fix him.

This is a delicious shade sandwich, so wash up! Lunch is served.

Sisters Gigi and Bella Hadid share Kendall's love of being incredibly gorgeous/selling underwear, so it's no surprise she has basically disowned her own reality TV family in favor of theirs at this point.

Though the two remain on good terms, lyrics like, “Cut that ivory into skinny pieces/ then she clean it with her face/man I love my baby,” lead many of us to wonder just how many… uh… ski trips these model besties take on a regular basis.

Frank Ocean is a precious treasure crafted from the tears of Baby Jesus and the warm embrace of Aphrodite herself. Kendall's entire playlist should have just been “Blond” on repeat.

Hear Kendall's playlist in full below: