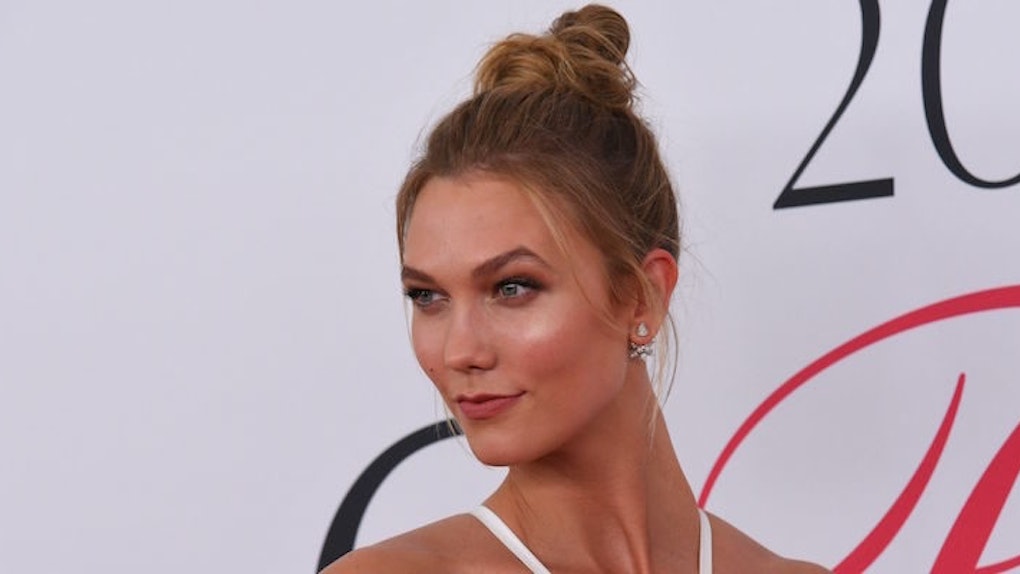 Just when you thought the Kimye-Taylor thing had finally settled into the background, Karlie Kloss went and tweeted about it.

Sigh. All right, I guess we're doing this.

In a recent interview with Sunday Times Style, the 24-year-old model got hit with the Kim Kardashian vs. Taylor Swift question. In a valiant attempt to dodge the issue, Karlie talked about Kim, saying,

Many took this to be a subtle dig at Tay. I mean, aren't those two supposed to be super close? But I guess not that close, since Tay is neither Karlie's mom nor sister?

Unsurprisingly, this meant some headlines about how Taylor's BFF was publicly praising Tay's exposer, Kim.

After all the work she did on that dodgy AF answer, Karlie was not too happy with the way things went.

Late Monday night, Karlie took to Twitter to call out the media for skewing her words, but also kinda, sorta declare herself Team Taylor.

OK, got it Karlie! You think Kim is lovely, you're not mad at Taylor and you would totally have her back if there WAS a feud, but there ISN'T a feud because women never fight.

Glad we cleared that up.