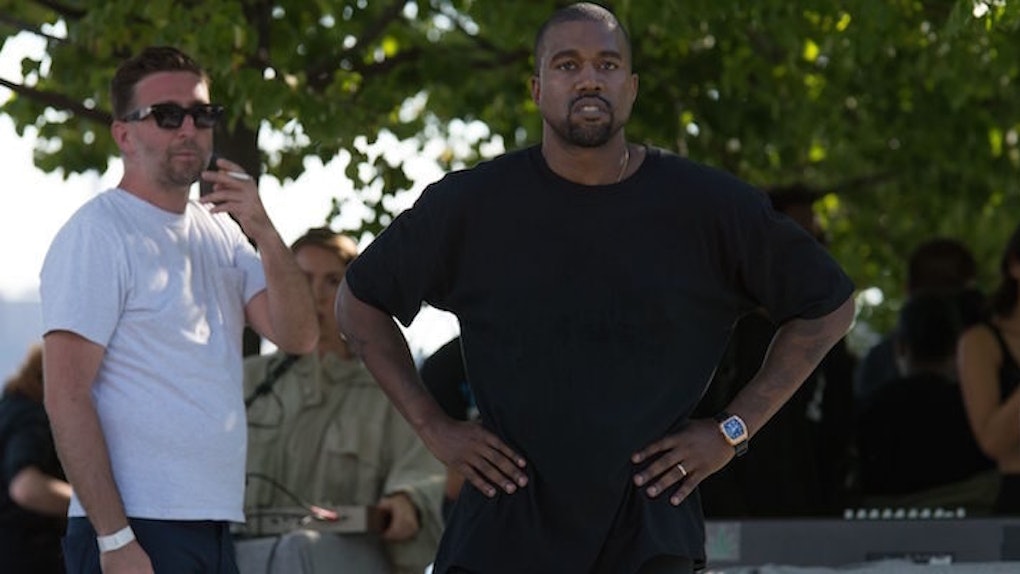 Kanye West's Yeezy Cleats Have Been Banned By The NFL

Wanna play in the NFL? Good. Leave your Yeezys at the door.

Against literally all odds, Kanye West has somehow managed to infiltrate the shoe business.

I don't know how it happened or even why he's really doing this, but he has miraculously figured out a way to become a major force in the footwear game with his Yeezys.

Last week, through a collaboration with Adidas, Kanye made the jump into outfitting professional athletes by releasing Yeezy 350 “Turtle Dove" cleats to a select few NFL players including DeAndre Hopkins and Adrian Peterson.

The NFL clearly didn't take to the “Life of Pablo” singer's attempt to get into the cleat game, fining Hopkins $6,000 for wearing the Yeezys after claiming that it broke the league's uniform policy requiring cleats to be one solid color.

It should be noted this isn't an isolated incident.

During first week of play, the league came under fire for their strict uniform policy after threatening to fine several players for breaking league uniform rules.

The most controversial of these punishments, which the NFL has since backed down from, was aimed at several players, including Odell Backham Jr., Julio Jones and Brian Cushing, who opted to wear commemorative 9/11-themed shoes during their respective games.

Though this obviously isn't as patriotic of a battle, Hopkins isn't exactly backing down from wearing his Yeezys that easily, telling reporters that he'd wear the shoes as long as "Kanye wants to pay the fine."