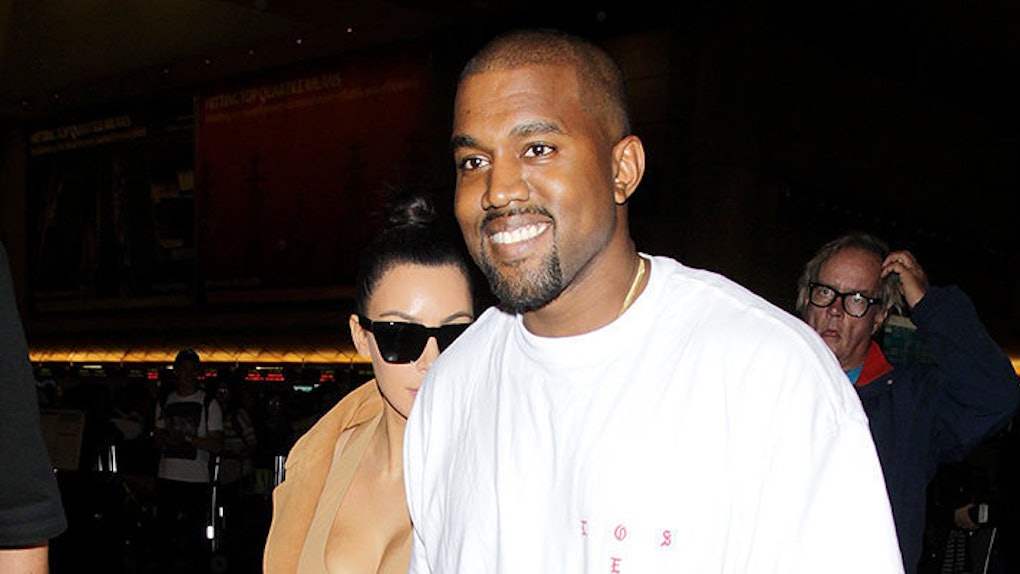 He was only taking a simple walk to his car, but fans noticed right away.

The mostly black shoes appear to be the Yeezy Boost 350 V2, complete with lettering that reads "SPLY-350" on the side of the shoes in red font, according to Sole Collector.

Kanye's sneaky move gives an on-feet look at a highly anticipated model of shoes. It's no secret Yeezys are now the coveted brand of sneakers, along with the Jordan brand's retro model.

In July, a joint study between HighSnobiety and Stock X found the Yeezy 750 Boost "Glow" was the most valuable sneaker on the internet, having been found to have an average resale price of $1,471.

That number is over $200 more expensive, in terms of average resell price, than the next most valuable sneakers, the Trophy Room White Air Jordan 23s.

Just this week, a model of Yeezy Boost 350 for infants sold out in a matter of minutes.

So yeah, these Yeezys are a pretty big deal for many people, people who will probably be excited by the site of Kanye wearing this unreleased pair.