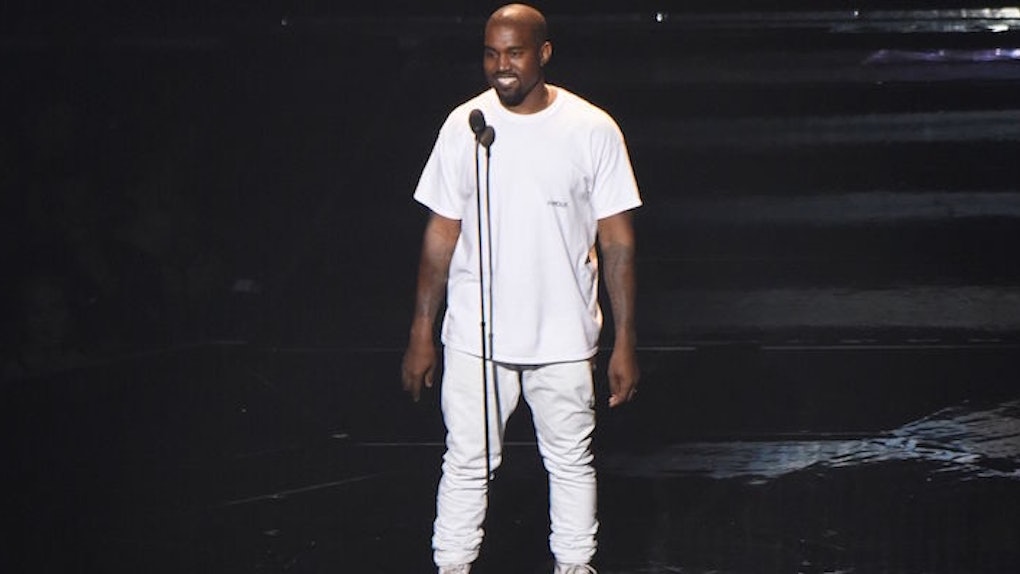 It's time to do a little post-mortem on Kanye's VMA rant and, if you ask Kanye, the best person to lead the investigation is Kanye West himself.

The rapper and cultural touchstone -- I'LL FIGHT ANYONE WHO SAYS OTHERWISE -- was swarmed by reporters coming out of The Mercer Hotel in NYC all looking for a statement on his uber-controversial speech during Sunday's award show.

In case you missed it, here is the most important video you will watch this week.

Leaving his Taylor comments out of this, the clear best moment of the speech came during his reference to Ray J, who, by the way, reportedly wasn't as big a fan of the speech as the rest of us were.

When asked by reporters about whether he had anything else to say that he couldn't fit into his slot on the show, he revealed,

It's too scary a concept, man. Just love each other. That's the whole point I wanted to make. Just that we need to love each other, have a good time, appreciate our time on life and do everything we can to have the best time possible.

He then made some weird comment about school uniforms, saying,

I wanna do school uniforms in Chicago also for all the city of Chicago just for a starting point to eventually ending classism and bullying worldwide.

... OK? I guess Kanye is into school uniforms now.

Citations: KANYE WEST Why So Mad Ray J WERE ALL IN THE SAME BED (TMZ)