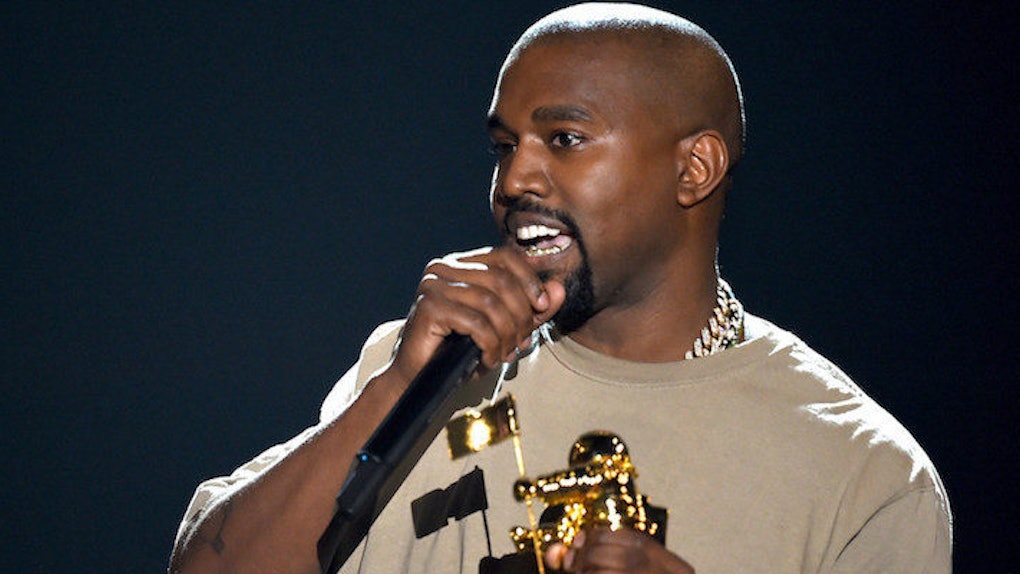 This Sunday's broadcast of the 2016 MTV Video Music Awards is either going to be a total train wreck or the most entertaining VMAs since 2008.

Or, most probably, it will be both of those things.

Why? Because Kanye West is getting a full four minutes of stage time to do whatever the heck he wants, according to TMZ.

TMZ reports a source close to the award show's production team says MTV is giving Kanye West four minutes with the microphone to basically do anything he damn pleases.

Now, you might be thinking he would just use his four minutes to perform one song like any other musician would, but, c'mon.

This is Kanye West. The music video he's nominated for is literally a giant bed filled with accurate wax figures of nude celebrities.

Last year, Kanye took the stage for approximately 11 minutes after he was presented with the Video Vanguard Award (by none other than Taylor Swift).

The first two minutes he stood in silence, followed by seven minutes of venting about how people judged him unfairly, two minutes of dissing MTV and concluded by announcing his 2020 presidential campaign (still waiting for updates on that).

So, yeah.  I think it's safe to assume 'Ye's gonna do something interesting, controversial and spectacular with his four minutes of stage time.

Here are a few very likely possibilities of what he might do:

1. Explain exactly what went down with Taylor and "Famous."

Kanye's known for being brutally, uncomfortably honest at award shows, so I think it's very likely we'll get a tell-all on this whole Kimye-Taylor feud.

Kanye never hesitates to tell us how much he hates award shows while he accepts awards at award shows.

4. Pass around a hat and ask the crowd for donations to his art.

Remember when he begged Mark Zuckerberg for money?

How much you want to bet he doesn't even glance Kim's way, much less mention her?

6. Announce a new album with Drake.

A few weeks ago, Kanye hinted at a collaboration with Drake when he performed at a Drake concert.

7. Reflect on the responsibilities of fatherhood.

Kanye never passes up the chance to talk about being a dad!

8. Lead the audience in a prayer.

I mean, he is Yeezus after all, and "Ultralight Beam" is basically a sermon.

I would not put it past Kanye to go up on stage, stand there silently for four minutes and walk off.

To be honest, though, I can predict all I want, but Kanye wouldn't be Kanye if he didn't surprise everyone with whatever he has planned for this Sunday.