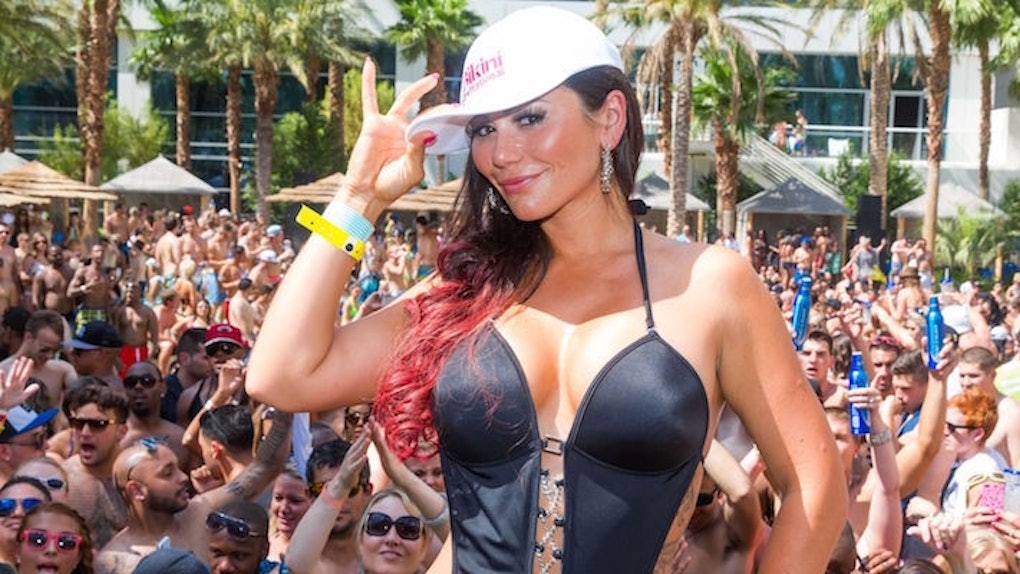 Holy balls, JWoww from the “Jersey Shore” got a haircut and, sweet baby Christ, does it look amazing.

It's been a few years since the MTV's Seaside Heights crew abandoned the Jersey Shore for good.

As with most reality TV people, the bulk of the cast has fallen into obscurity, though two of the show's cast have somehow found a way to maintain some small modicum of relevancy.

Of course, I'm talking about Jenni "JWoww" Farley and Snooki, whose actual God-given name is not important.

A few spinoffs and a couple children later, JWoww is still a stone-cold fox. Her recent upload to Instagram proves that just like a box of really great box-wine, she's only getting better as the years go by.

Check out this A SPICY-A MEAT-A-BALL! (I'm sorry. I'm sooo sorry for that.)

The rest of the "Jersey Shore" cast is doing OK, but not nearly as well as JWoww is doing.

Ronnie still looks like a bunch of meatballs in a human outfit pretending to be a man.

"What? A bunch of meatballs? haha, no. I'm a human" *Ronnie drips sauce onto table*

Pauly still looks like a member of the neon-sign-outside-of-a-liquor-store mafia.

Sammi looks... actually, I'm not sure which one she is... but both of the women in this pic look great so it's safe to assume she's doing OK.

Vinny turned into what everyone sees the morning after they hook up with an accountant.

Why did the women of the "Jersey Shore" age soooo much better than the men did? Must be something in the water -- the disgusting, vile Seaside Heights water.