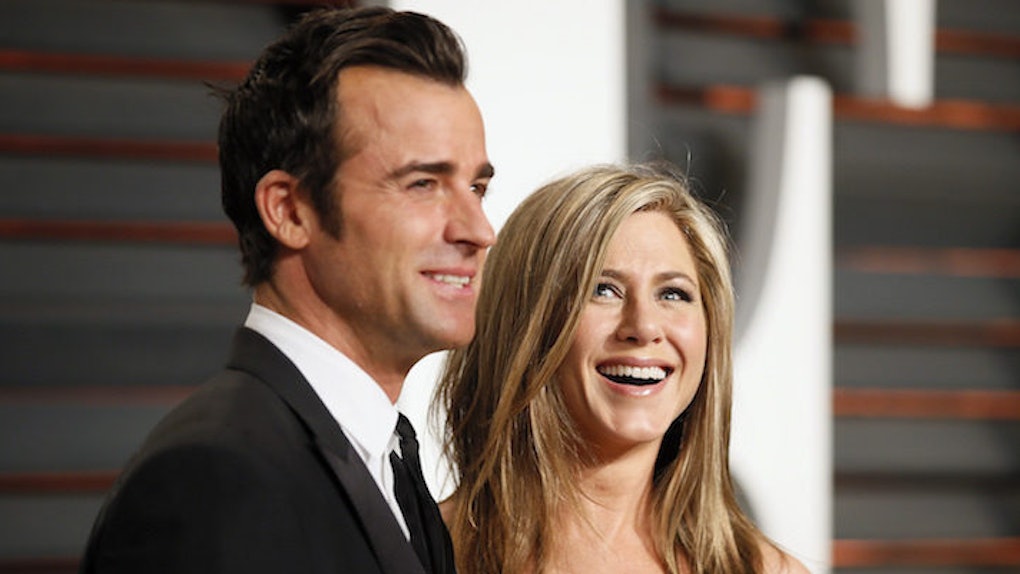 Or, at the very least, a holiday episode of “Friends.”

The actress visited "The Ellen DeGeneres Show” on Wednesday, where she told the daytime host the story of her "depressed" Thanksgiving and one uplifting surprise.

I gave the toast at the head of the dinner table, which is usually me and Justin [Theroux], and I gave a very, I guess, unimpressive toast where people were like, 'Great. OK. Eat.' … Then salads came out. And everyone was just very somber. And, next thing you know, turkey walks in, and there was another turkey holding that turkey… and that was my hubby.

Justin has been shooting in Germany for what Jen claimed was “almost a year, it feels,” and though his Thanksgiving trip afforded the pair “a good couple days,” he flew right back out after the holiday weekend.

"The Leftovers” actor (take a moment to tweet your days-late “Leftovers”/Thanksgiving jokes… K, you good?) would do just about anything for his lady, including defend her when her ex's drama hit the fan.

In September, when Brad Pitt and Angelina Jolie first embarked on their very tragic and public divorce journey, Jen's name was obviously brought up online.

After all, Brad left her for Angie 11 years ago.

In a September 27 interview with Business Insider, Theroux told the site,

People are having a bad time, that's horrible… There's an endless appetite for trash, apparently, though everyone would say that they don't have that appetite. But I think a lot of people do because people buy it. But there are bigger things to bitch about. It's shocking how much bandwidth things can take up when there are far more important things going on in the world.