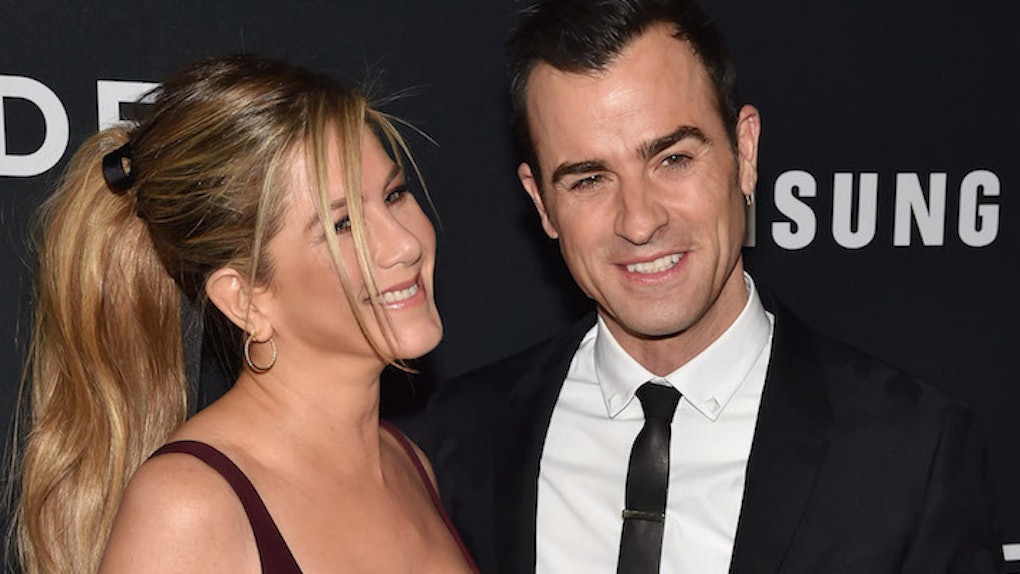 The sweetest revenge is a better, happier life.

And Jennifer Aniston seems to be KILLIN' IT with her hunk of a husband, Justin Theroux.

Back in July, Huffington Post published Aniston's open letter, "For The Record," in which she addressed the media's continuous fixation on her (really, lack of) pregnancy.

For the record, I am not pregnant. What I am is fed up... The objectification and scrutiny we put women through is absurd and disturbing. The way I am portrayed by the media is simply a reflection of how we see and portray women in general, measured against some warped standard of beauty.

And what does her husband have to say about this? Justin Theroux is on the front cover of Men's Health UK for November and tells us how he really feels.

I was very proud of what she wrote. It was a rare insight into how disgusting all that is. At some point it becomes bullying.

Unlike his other half, rumors about his body aren't something he has to worry about. He works hard to stay in shape and it definitely shows.

But that doesn't make him feel any different about how the media treats women and, more importantly, his wife.

It sucks when people aim cameras at your stomach on some bizarre womb watch. But more to the point, it's equally damaging to the national conversation.

Seeing the passionate and pure love Justin Theroux has for Jennifer Aniston makes me believe there is hope for real romance in this universe.

So don't delete your dating apps just yet, folks.

Never give up and keep swiping right 'til you find your own Theroux!