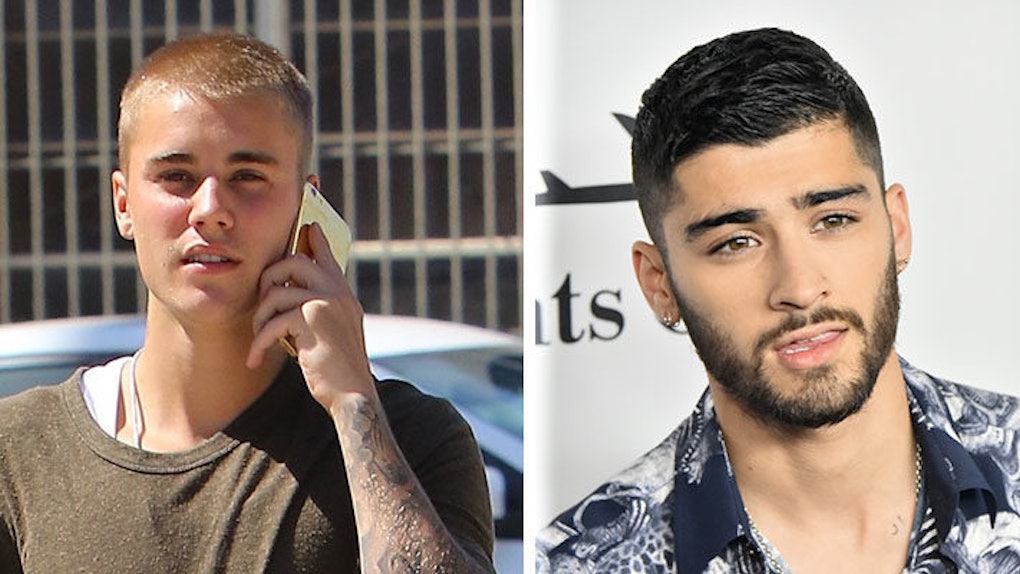 Zayn Just Got Dragged Into The Justin Bieber-Selena Gomez Drama

After the Purpose singer posted PDA pics with his new girl, Selena called him out on social media.

It looks like there's still a lot of tension between the two, even though it's been years since they dated.

Ugh, nothing like your first love, am I right? Hahaha! *Cries into pillowcase*

But then, everyone freaked out when it looked like the little feud was taken to a whole new level. Yep, Zayn Malik was allegedly dragged into the drama.

E! News reported that Justin Bieber accused the "Hands To Myself" singer of cheating on him with the former One Direction member.

WHAT?! CURVEBALL. I DID NOT SEE THIS COMING.

Funny how the ones that cheated multiple times, are pointing the finger at the ones that were forgiving and supportive, no wonder fans are mad. Sad. All love.

BUT THEN, IT LOOKED LIKE JUSTIN THREW ZAYN INTO THE MESS.

The source shared screengrabs of what Justin Bieber may have commented back to Selena Gomez after she threw him some shade.

Part of the message states,

I cheated.. oh and I forgot about you and Zayn [Malik]?

It's important to note that the conversation could very well be Photoshopped.

This Twitter user took credit for making the mess. But is this troll for real, or just wanting attention for what could go down in history as one of the greatest Photoshop sneak attacks of all time?

We'll all have to stay tuned. You know Bieber will have something to say eventually.

I wonder what Gigi Hadid will think about all this...