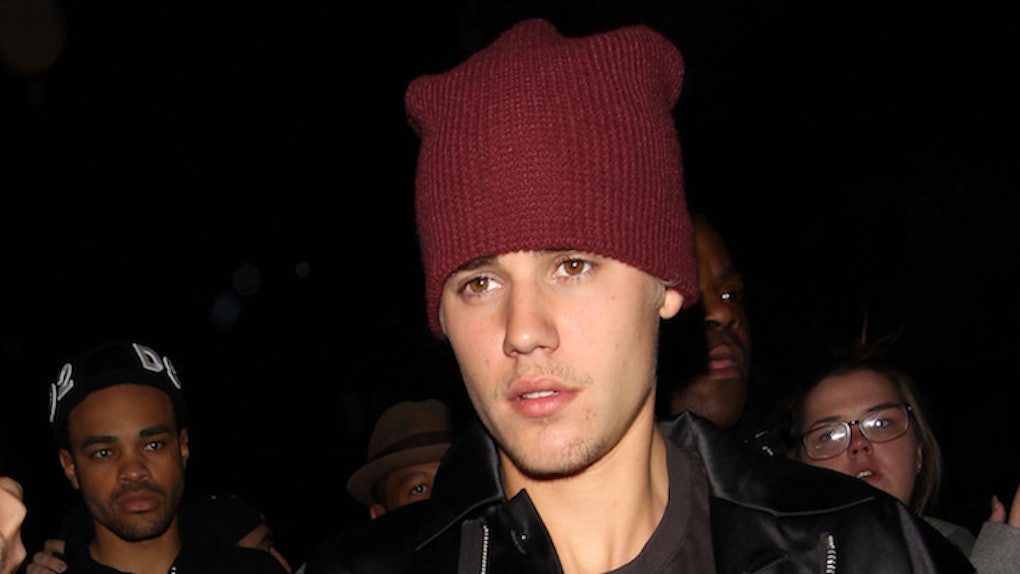 Justin Bieber was just trying to get his drink on at Oktoberfest in Munich, Germany this weekend when a guy tried to start a brawl with him.

In these kinds of crowded environments where the beer flows freely, fights tend to break out. You do, however, call a lot more attention to yourself when you're a celeb like Justin.

He was being escorted through HEART nightclub in Munich and bumped elbows with a club-goer who was obviously looking for a fight. TMZ caught the whole thing on video.

A source told TMZ that the guy was trying really hard to get noticed by Bieber all night (OK, who wouldn't?), and when he finally got close enough, he tried to throw some punches.

Luckily, Justin's right-hand man and business partner John Shahidi pushed the guy back and then an adorable brunette in German beer wench garb whisked him away.

In the TMZ video, you can see Biebs making his way through the club between Shahidi and the chick in lederhosen before the guy even lunged at him. What would he have done without her?

Maybe he should hire her to be on his security team. Or maybe, he could even date her since he apparently isn't with Sophia Richie anymore.

Bieber is seriously lucky that he has one of the most loyal fan bases of any celebrity out there. No matter where his in the world, there's a Belieber who would do anything to save him if he were to find himself in danger.

Obviously, the lederhosen girl isn't the only one who would have come to his rescue.

And some people were not impressed.

Hopefully, Bieber will avoid bottle-smashing fights in the last two months of his Purpose World Tour as he goes through other countries like France, England, Italy and Ireland.