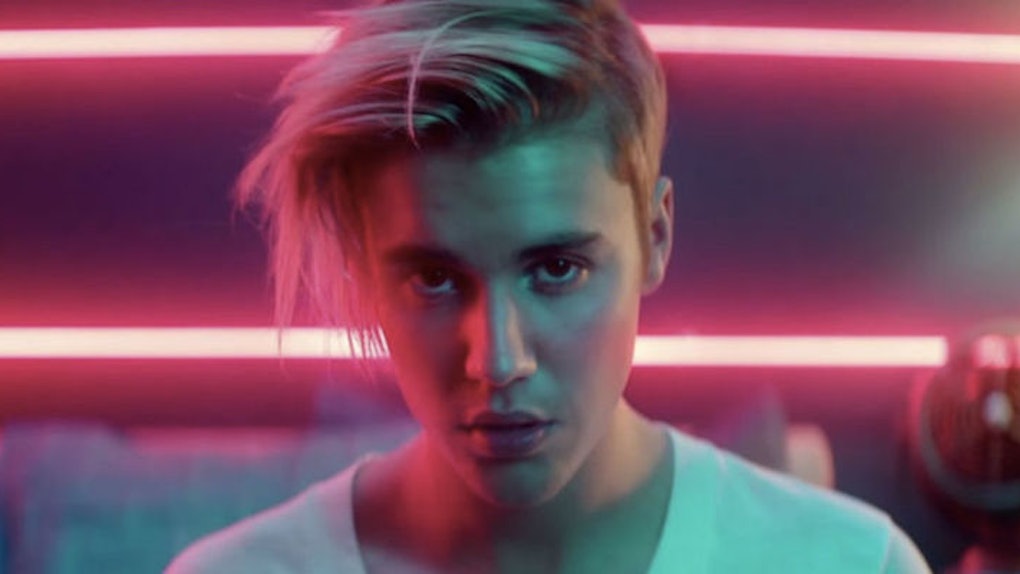 Justin Bieber Dropped A Music Video For 'Let Me Love You'

SETTLE DOWN, BELIEBERS... Settle down.

I can barely hear myself think over the screams echoing around the world due to the fact that Justin Bieber just released a new music video.

The track is the third single off of Snake's third studio album "Encore," which was released in August of this year.

The catchy track features Bieber reminiscing about an imperfect relationship over a smooth, tropical EDM house beat produced by DJ Snake. As for the James Lee-directed music video?

Well, it's pretty much a freakin' movie... of a video game. I know that sound confusing (and really awesome), but you'll see.

The video begins with a rugged, madly-in-love couple riding in an old school Ford Mustang just before they hold up a gas station convenience store with loaded guns.

Perhaps the first observation you'll make is that they're both wearing rubber masks that look exactly like DJ Snake and Justin Bieber. In other words, Snake and Bieber aren't even in the music video and it's still epic.

The romantic, sexy visual for "Let Me Love You" continues as the couple flees the scene of the crime to a private location where they have steamy sex.

While you might expect the badass couple to stop there and live happily ever after, they hit the road AGAIN to hold up another establishment in search of cold, hard cash.

Check out the new music video above!