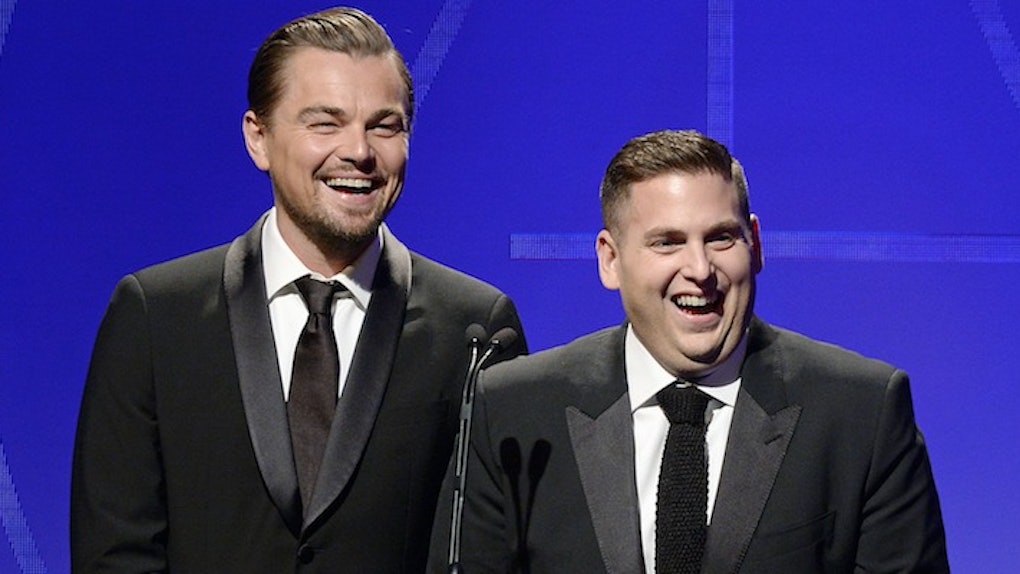 Don't you wish you were best buddies with Leonardo DiCaprio and Jonah Hill?

Aside from their epic on-screen performance as Jordan Belfort and Donnie Azoff, Leo and Jonah's unbreakable bond as real-life BFFs will make you hate all of your current friends.

Earlier this week, the Hollywood actors were spotted in New York City as 41-year-old Leonardo DiCaprio scared the hell out of 32-year-old Jonah Hill while pretending to be a crazed fan asking for a selfie.

Apparently, in addition to pranking each other beyond belief, Leo and Jonah also offer each other useful life advice, as all real friends should.

According to People Magazine, Leonardo DiCaprio gave Jonah Hill powerful advice regarding Hill's upcoming role in the movie "War Dogs," which is based on a true story.

Hill, alongside actor Miles Teller, will play the role of two international arms dealers supplying weapons for the US military in the war-torn country of Afghanistan.

DiCaprio gave Hill advice on how to perfect playing the fictionalized character of a real-life person.

In a recent interview with the The New York Times' "TimesTalks" series, Hill revealed,

Leonardo DiCaprio, he gave me advice: 'Always meet them if you can and take what you want and leave what you don't. I really think it's great if you can for that reason.'

That's perfect advice for a Hollywood actor looking to expand his repertoire.

Hill also spoke to Entertainment Tonight about DiCaprio's prank during a red carpet appearance at the "War Dogs" premiere, saying,

It was just funny. I was totally taken off-guard!

Leo, you're a class act.

Not only can you scare the crap out of Jonah Hill in epic and savage fashion, but you can also prepare him for battle.

As for the rest of us, we'll have to wait for "War Dogs" to hit theaters on August 19 to see if Leo's advice paid off for Jonah!

Citations: Jonah Hill Dishes on the Best Advice That Pal Leonardo DiCaprio Ever Gave Him (People)